Umbro has today unveiled the new Republic of Ireland Away Kit 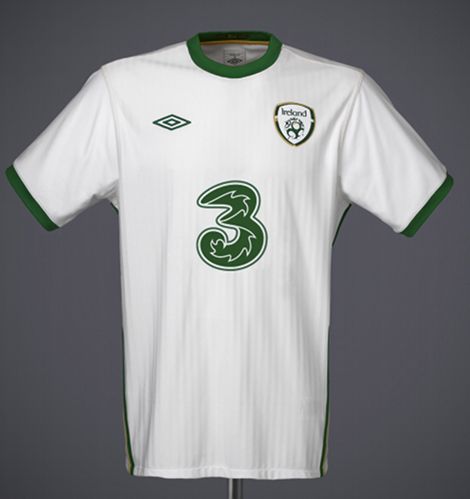 The main change from last year, the Republic of Ireland away kit has been given a complete makeover with a darker shade of green or ‹Ĺ›St Patrick˘ Green˘€žË, being used as the secondary colour and the new version of the FAI crest trimmed in green and gold; The new ”tailored” design smashes performance and style together.

The new design tailored by Umbro looked at all the elements that are important to the player and fans alike including heritage, identity, performance, effortless function and a tailored fit. 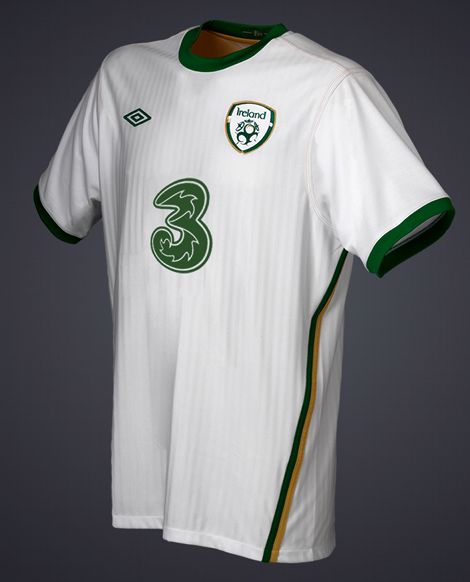 According to the guys at Umbro, their design team wanted to understand the motion of the football player and looked at ergonomic football forms rather than having a garment created on an existing muscular body form. 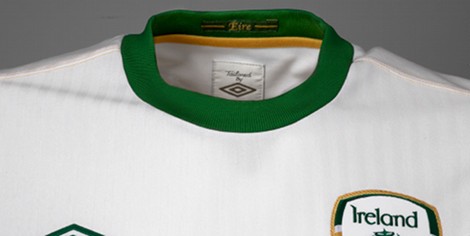 ”At Umbro we pride ourselves on innovative kit design, I believe that this new ”Tailored by Umbro” Ireland change kit has achieved a modern look and feel while maintaining many of the identifiers that make the kit instantly recognisable as Irish.

Through an individual fitting session with the Ireland Team last year we were able to create a bespoke smart fit for the kit and identify the specific size for each player. The players loved the kit concept when we showed it to them at a squad session last year and I know from some focus group feedback that the fan reaction is very positive”.

Fan˘ can pre-order their kits from Wednesday 8th September.

Written By
Kyle Elliot
More from Kyle Elliot
Warrior follow up the release of the Superheat with a stunning new...
Read More