The Umbro GT Pro has been a slow starter, but it seems that Umbro are far from given up on their entry into the speed boot market! 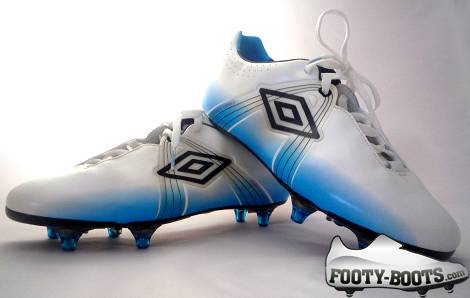 After the release of the Lime/Black colourway back in December, Umbro have given us a sneak peak at what’s in store for their Spring collection including this snazzy White/Cyan Umbro GT Pro.

Having had Darren Bent appear in the Lime versions on Boxing Day and Ricardo Fuller of Stoke now wearing them week-in, week-out Umbro finally have a foothold to build the boot’s fanbase off, and having such a clean appealing colourway is definitely a step in the right direction. 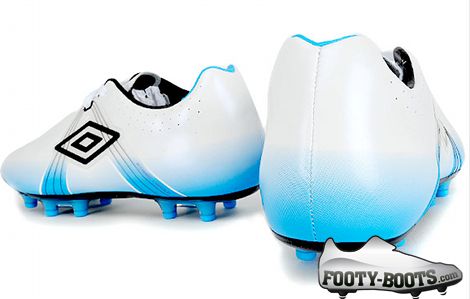 Carrying on the ‘fade’ style that was first introduced last month, these sleek football boots definitely have a ‘fresh’ look to them which we haven’t seen since the original launch White/Orange/Gunmetal colourway.

We’re glad that Umbro have kept a healthy amount of black on the soleplate and branding of these football boots, as we fear they’d look a little too ‘icy’ but the black sole and darker blue studs give the boot a real sense of balance that makes for a pretty good looking boot. 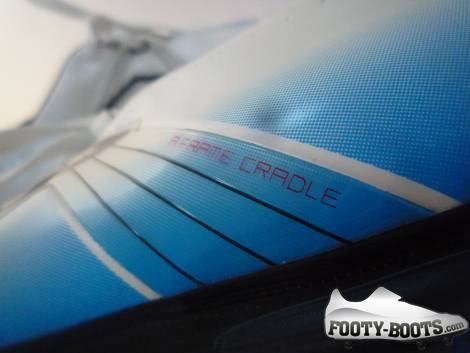 Umbro’s A-Frame cradle is the main feature of the boot, and includes the same fade across it’s design but with some spidery black lines running through it that really draw the eye to this focal piece of technology.

One other thing this colourway does really well is show off just how little stitching is actually on the Umbro GT Pro – one of the contributing design features that gives them a really sock-like fit. 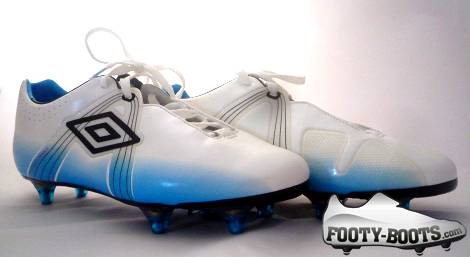 Many Footy-Boots.com fans who’ve tried them themselves have lauded the Umbro GT Pro for it’s old-school Mercurial Vapor style of design, with a lightweight Teijin upper and low-profile, smooth upper.

Whilst we’re yet to test them ourselves, there’s plenty of reports that suggest that these football boots are more comfortable than any Vapor has been recently! 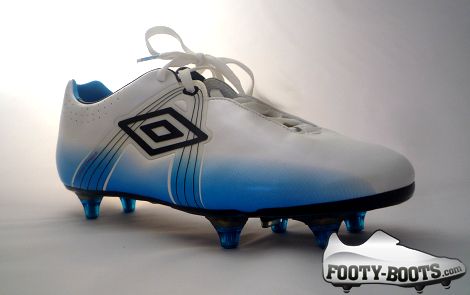 What do you think to this upcoming pair of Umbro football boots?

Will you be keeping an eye out for them when they land in Spring? At £85 are they a bargain?

Let us know on the boot-o-meter!