Whilst the Umbro GT II is' never' a boot you could describe as ‘quiet’, that’s exactly what these ‘Speed’ boots have been over the last few months – but they’re back with a bang with two outrageous new colourways!

As with the new Umbro Geometra II, these two bold colourways will be exclusive to US retailers for the short-term future, with additional limited availability in the Far East and Scandinavia – which seems a fair trade-off for having the Speciali 4 hit our shores first. 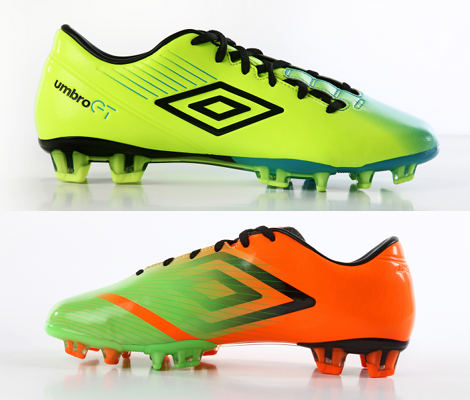 The lightest boot Umbro have ever produced, the GTII Pro' is 250g of lightweight mobility, with a focus on great touch at high speeds. The single-piece Teijin upper is similar in material to previous Mercurial Vapors, but with the added benefit of wrapping the entire foot for enhanced touch and feel. 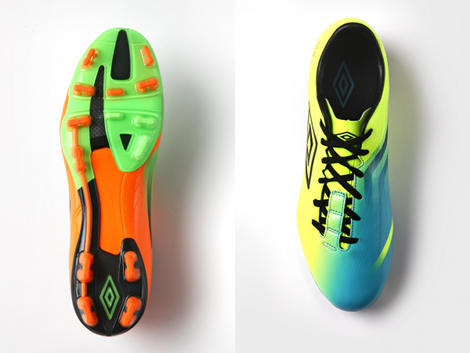 The laces are side-offset to create a generous striking area on the inside of the forefoot. Having tested the GT II, having this huge uninterrupted area to ping crosses and bring the ball down on was a favourite feature. 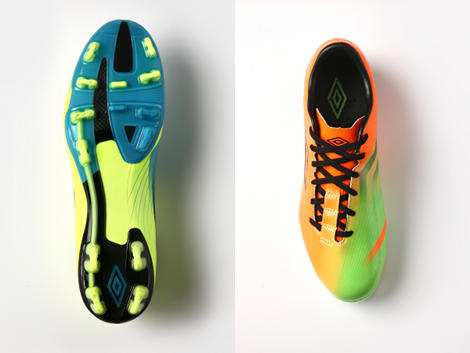 The shape of the GT II' also makes it one of the few ‘speed’ football boots that are a great fit for wider-footed players, who demand comfort when they’re playing in something lightweight.

A single shank of Carbon Fibre runs underneath the toes, allowing for maximum energy return on each step whilst the traction plate is constructed from TPU for lightweight durability.

Retailing currently in the US for $149.99, both the Neon Orange / Black / Neon Green' and' Neon Yellow / Black / Cyan Blue' GTII Pro' are available from the US Footy-Boots.com store, now.

Written By
Kyle Elliot
More from Kyle Elliot
It's the most lethal-looking Lethal Zones yet!
Read More