After a lengthy silence, the original Umbro control boot is back, as the Umbro Geometra II hits store shelves.' 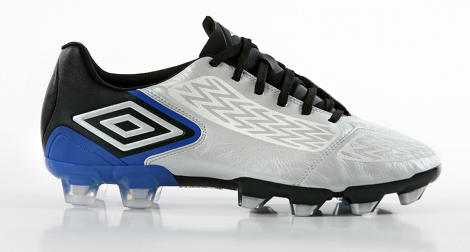 One of our absolute favourite new silos of the last few years, the Umbro Geometra' was viewed by many Footy-Boots.com staffers as the ultimate control boot.

Using a similar ‘pass’ and ‘receive’ pad design to the Nike CTR360, The Geometra built itself around a pure Kangaroo-Leather upper, offering an ideal combination of old-school leather and new technology. 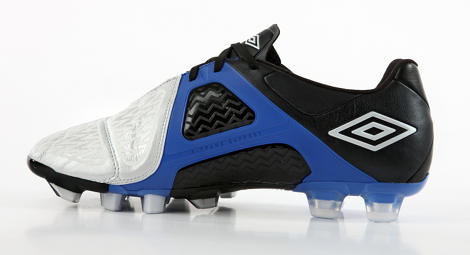 Now, almost two years after the 2011 release of the original, we get to see how the Umbro Geometra' II' stacks up to it’s predecessor. And about time, too! We’ve spied them on the feet of several academy youngsters and even in games like FIFA 13 – making the interest level in these boots sky-high.

Starting with a word on the release, it seems new owners Iconix are clearly keen on impressing on home turf, as the Umbro Geometra' II' (along with two new GT II Pro colourways) will be a US-exclusive release for the short-term future, whilst the Speciali 4 takes the lead role in Europe. Additionally, some of Umbro’s specialist markets like Japan and Scandinavia will also see a limited release.

With that out of the way, we can get down to brass tacks. The Umbro Geometra' II' continues where it’s predecessor left off, with a premium K-Leather upper for exceptional ball feel and comfort.

Based around an off-centred lacing system, the outstep and instep also feature a rubberised print detail which comes alive in wet conditions to allow incredible grip on the ball for assured touch.

The headline addition is the introduction of the A-Frame Support system to the silo. The A-Frame on the Geometra' II' is Umbro’s most comprehensive yet, running from the heel studs to the ball of the foot, the frame is pulled tight by the laces to wrap around the foot for assured fit.

Integrated in to this remarkable piece of boot engineering are two pads; the uppermost of the two is packed with HF Memory Foam for a fush fit with the foot and cushioning of incoming passes, whilst the lower is a firmer, grippier pad for slide-rule distribution of the ball. 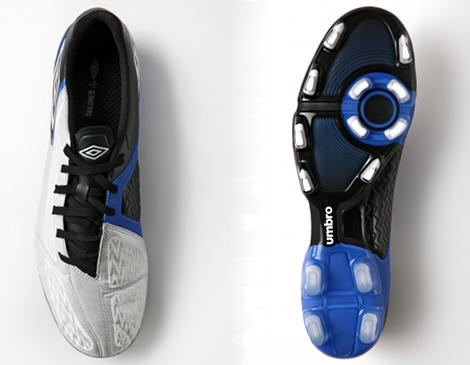 Built on the same plate as it’s predecessor, the Umbro Geometra' II' sees the return of the squash shoe-inspired circular traction pattern, to ease pressure on the knees when making twists and turns to create space in the midfield.

Available in the US & selected territories for now, the Umbro Geometra' II' retails at $169.99 and is available in both White / Royal Blue and Sulphur Spring / Dark Navy.

A worthy successor to the original?