Umbro’s newest boot gets a whopping four new colourways this quarter as the Double Diamond look to double down on pitch presence with their speed/control fusion, the Umbro GeoFLARE.

Having been fairly subdued since the launch of the boot last year, Umbro will be hoping that some of these new colourways will capture the attention of players who value an assured touch as much as they do mobility.

A synthetic upper and central lacing system provide that quintessential lightweight boot construction, but reground rubber print on the toe vamp and embossed panels on the instep add features more traditionally found on ‘control’ boots to help the Umbro GeoFLARE shake off the tag of ‘just another speed boot’. 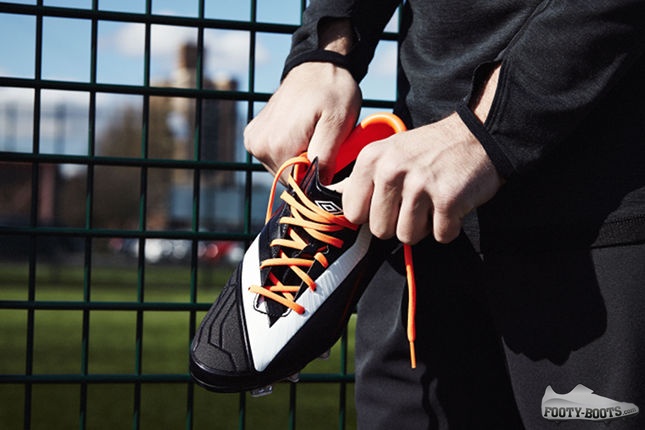 The two colourways we’ll be seeing the most of here in Europe follow Umbro’s current ‘pack’ of colourways for the Speciali and Geometra by offering contrasting Orange/Black and Black/Orange colourways. 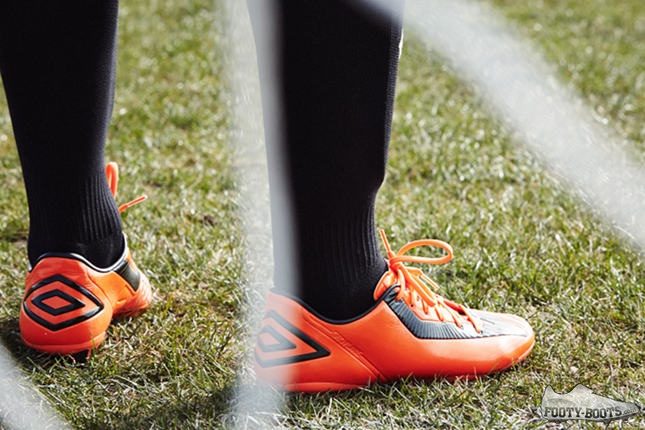 Creating a distinctive identity on-pitch is something Umbro have been striving to do since the end of last season with a White-Out pack and three matching Black / Lava Pink colourways to mark the Geometra, and they’re continuing that with a total of five new colourways across three silos in contrast Orange and Black. 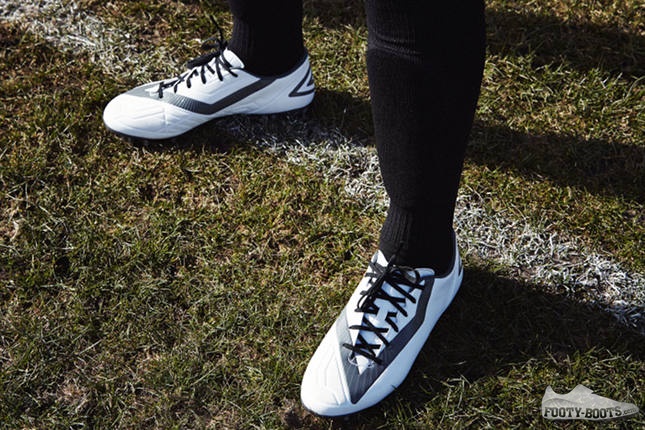 As a boot with ‘FLARE’ in its name, the GeoFLARE has a license to use bright and bold colourway – but that doesn’t mean good ol’ Black and White don’t look just as good as ‘Neo Berry’ or ‘Flaming Lime’.

This monochrome effort shows off the huge Umbro branding on the heel and laces very nicely indeed, but the more subdued colours keep it on the right side of gaudy.

Another classy colourway is this White/Blue/Red edition, expected to retail in Japan and Scandinavia.

The clean white base is classically complimented by blue branding with red laces and studs; a patriotic choice for any of the dozens of countries that boast this colour combo on their flag or kit.

Which one of these new Umbro GeoFLARE colourways is your favourite?

Written By
Kyle Elliot
More from Kyle Elliot
We get our hands on the latest edition of the PUMA King....
Read More