The players of Portsmouth and Cardiff enjoyed (well Pompey did anyway) playing with the Umbro Dynamis ball in last weekend’s FA Cup Final and as reported on Footy Boots, the Umbro ball will now be used in all FA Cup ties, from the first round proper, from next season.

Now come details on a new, limited version of the ball, which England’s players will get to use in all forthcoming international matches at Wembley Stadium. 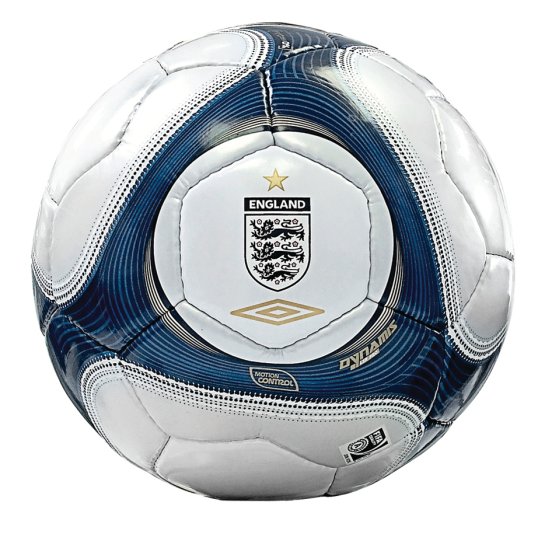 Only 20 of the Umbro England Dynamis balls have been made, and like the original, it boasts an impressive 2 year development programme and has already undergone vigorous testing by all age groups of the England set up, including the senior squad.

The first time we’ll get to see it in use is on Wednesday 28th May when England take on the USA at Wembley in what will be Fabio Capello’s third game in charge following the win against Switzerland and defeat by France in Paris.

Written By
Felipe
More from Felipe
Uefa have confirmed that they will look at TV pictures before deciding...
Read More