Whether it’s been whilst striking a free-kick on a muddy pitch, or making a quick inside cut on an indoor court – feeling your foot slip inside your football boots is just one of those universal truths for players at any level. 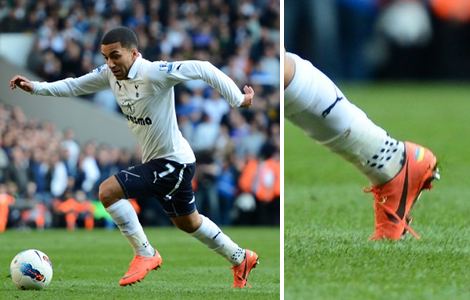 But, aside from wearing the right-size boots, what can we do to help combat foot-slippage?

There was very little to go at before, but now it seems Premier League stars up and down the country have found a unique product to help them feel more secure under foot.

Known as Trusox, players like Emmanuel Adebayor, Aaron Lennon, James McClean, Cheik Tiote and dozens more have been spotted playing in these unique pieces of footballing footwear – distinguishable thanks to an unusual patch of black squares on the heel. 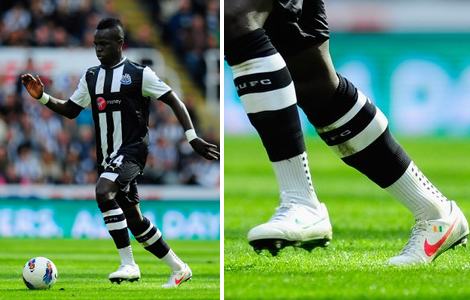 We’ve seen professional athletes adopt any method they can to gain an advantage – mental or otherwise (Power Balance, anyone?) but what has made this sock so quick on the uptake?

Developed by a former North American professional and coach, the Trusox is a relatively simplistic solution to a long-term problem (as all good products are!).

The idea behind them is simple; modern football boots often employ a synthetic liner to reduce weight and improve comfort – but this also reduces friction. In order to deal with moisture effectively, most football socks are now synthetic materials, too – reducing friction even further and increasing the amount of foot-slippage. 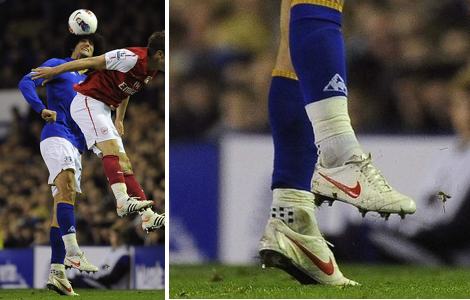 By using non-slip applications (the distinctive squares you see) that run through the sock, the Trusox effectively anchor the bare skin to the insole, giving you that ‘one-to-one’ feeling between your foot and your boot.

The result is – in theory – reduced blisters, improved traction and increased acceleration. Whilst we’d be happy with just reducing blisters – we certainly won’t complain about the other two benefits!

As Trusox continue to expand into the Premier League, we’ll – of course – be at the vanguard of footwear innovation, and already have a pair on the way for an official Footy-Boots.com test! 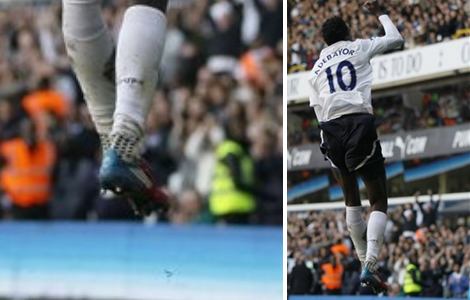 So, if you’re interested in whether Trusox are the real deal, or just another trend – watch this space!

Written By
Kyle Elliot
More from Kyle Elliot
Real Madrid's latest star helps himself to a debut goal at the...
Read More