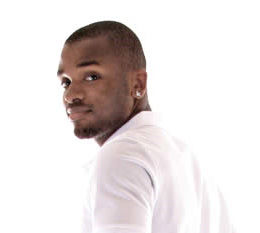 Darren Bent will miss the next two weeks of Tottenham’s Premier League campaign after suffering a medial ligament injury during the 5-2 defeat to Manchester United at Old Trafford last weekend.

The long-term effects of the injury have not been determined yet, but Bent will wear a knee brace for the next fortnight before specialists make further assessments on his condition.

The Tottenham medical staff are optimistic that there won’t be any more complications with the injury, but there is bound to be a chance that Bent will miss the rest of the season. He won’t want to risk
making the injury worse by playing a couple of games before the summer break is upon us.

The injury is very frustrating for the former Charlton striker because he has failed to cement his place in Harry Redknapp’s side this season. However, he has managed to score 17 goals for Tottenham, so it hasn’t been all bad.

It seems to be the way with Redknapp’s selection policy though that there are a number of players who are far from guaranteed a place in the side.

Speaking about this situation, the Spurs boss says that players such as Bent should ‘stay and fight for a place’ because other than the top four, ‘they couldn’t do any better than Tottenham’.

As for what the future holds for Tottenham, Redknapp is confident that the next campaign ‘can be a great season’ for everyone involved at the club. He believes ‘it’s a club going places’ with a team that can ‘push the top four’.

In order for this to happen though, the former West Ham manager admits that a ‘few additions’ are needed in a couple of areas of the team. Kenwyne Jones and Roque Santa Cruz are reportedly top of the list right now, so adding to the strikers at the club appears a priority.

Should this prove to be the case, Bent will want to get back into the team again before the end of the season and notch a couple of goals. Otherwise, it seems a good football bet'  that he will fall further down the pecking order this summer.

Written By
Felipe
More from Felipe
Everton have only one fit front man on their books after a...
Read More