Tottenham Hotspur announced this morning that they have signed a new technical supplier deal with Under Armour. 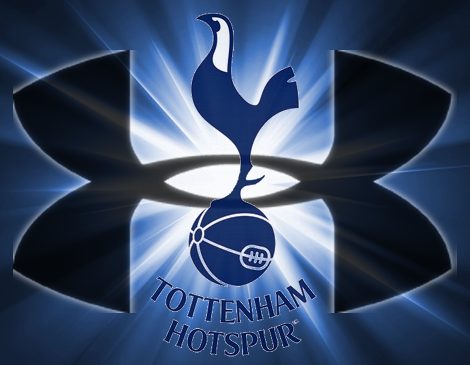 Set to commence in the 2012-13 season, the 5 year deal will be the first American sportswear giants Under Armour will have signed with a top English club.

Whilst terms and monetary details of the deal haven’t been disclosed, we can be sure that it wasn’t cheap – with Spurs gatecrashing of the top-four and progression to the last 16 of the Champions League giving them a more raised profile than when they signed with Puma 5 years ago.

But Under Armour aren’t in a bad place financially, either. The Baltimore-based baselayer kings announced that their 2010 sales revenue surpassed a billion dollars for the first time in the companies history – and founder Kevin Plank has had his sights set on cracking the UK football market for some time, even saying last year he’d like to see the UA logo on the England kit in his lifetime.

The news comes at the expense of Puma, who have been the technical suppliers at White Hart Lane since 2006. The German brand’s contract was set to expire at the end of the 09-10 season, but Spurs’ qualification into the Champions League saw the two parties re-negotiate their deal and sign up for a further 2 seasons.

Daniel Levy, Chairman Tottenham Hotspur, said: “We are delighted that Under Armour will become our new technical partner from 2012 onwards. They are an extremely ambitious brand with global aspirations, making them ideal partners for Tottenham Hotspur.”

Under Armour CEO and Founder, Kevin Plank, added: ”This is a highly significant and exciting partnership for Under Armour. Aligning with an elite organization like Tottenham Hotspur demonstrates our deep commitment to growing the Under Armour brand in the UK and to showcasing our apparel and footwear on the world˘ most prestigious athletic stages.”

Under Armour have taken a decent shot at the world of football, having the likes of Hannover and Aris Salonika on their books, and stars like Bobby Zamora in their football boots, but we think having a club like Tottenham in their kits would really help the brand increase their profile.

Who do you think benefits most from this deal? Under Armour or Tottenham?