Spurs complete their Kit line up for the season with these two alternative kits, presenting the Tottenham Hotspur Away and 3rd Shirts 2010-2011! 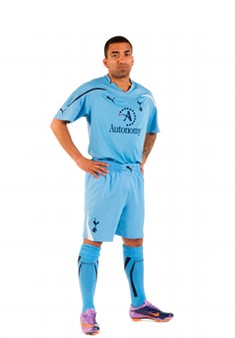 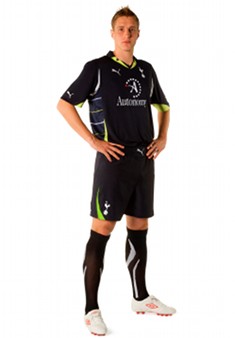 Firstly the new Sky Blue away kit – utilising the divisive Puma ‘Star’ collar design, this particular kit pulls it off pretty well in our opinion.

Spurs will give the Tottenham Hotspur Away Kit 2010 – 2011 it’s debut in a match in the Premier League in August, which means fans won’t get a sneaky Pre-Season preview unlike their other two kits. 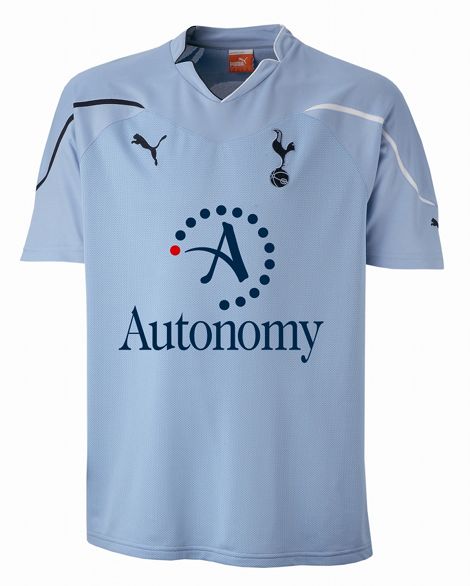 Fans will also be forced to wait a while to get their hands on the new kit, as despite it being revealed in July, it’s not available in shops until October 2nd 2010

The Dark Navy Tottenham Hotspur 3rd Kit 2010 – 2011 will be available exclusively via the Spurs kit shop, presumably in a bid to stop it being discounted and undercut by sports retailers, and is being billed as a Limited Edition – meaning Die-hard Spurs fans will be wanting to get hold of this ASAP for their collection. 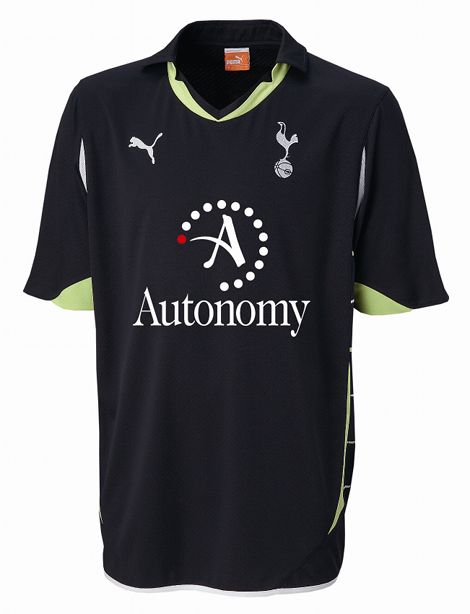 This kit will be worn for the first time in a match against Red Bull New York on Thursday July 22nd at the Barclays New York Challenge.

What are your thoughts?