One breakout brand that’s come to our attention through the start of this season is Total Compression Advanced, who operate out of Base-Layers.com.

Based in the UK, we were initially impressed by their PowerLayer range – which offered a top compression layer in a number of styles (long-sleeve, short-sleeve and sleeveless) for a wallet-friendly £11.99 on their site.

And following the PowerLayer into the winter months is the HyperFusion & SuperThermal ranges – but today we’re looking at the out-and-out winter model: the SuperThermal.

Giving you all the features you’d expect from a winter base layer, the Total Compression Advanced SuperThermal' boasts a compression fit, flat-lock seams and a thicker outer material than your average compression top.

But the SuperThermal' also brings a number of other great features to the table that we couldn’t help but be impressed by. 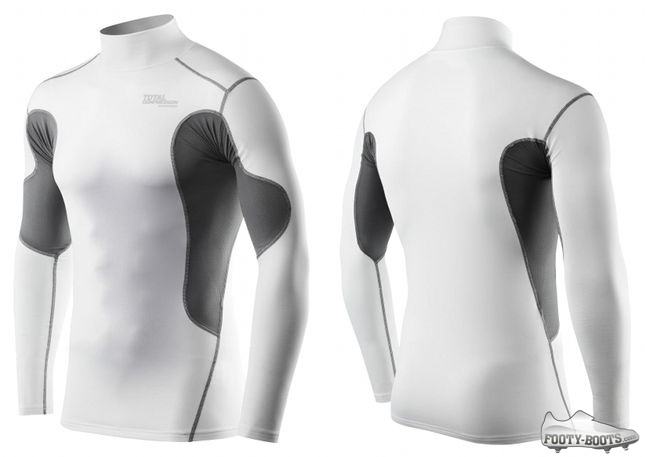 Similar to the Nike Pro Combat Hyperwarm range, the SuperThermal' boasts ventilation panels, with Total Compression Advanced’s effort having these mesh zones extend all the way from the inside of the elbows, hugging the under arm and extending down the rib-cage.

Created from their in-house 3DAirMesh fabric, Total Compression Advanced’s textile is micro-perforated, expanding the gaps in the fabric as you move to keep you cooler as you start to get more active.

This works with the fabric of the rest of the garment, which is pretty feature-packed itself. A 4-way-stretch microfibre, the exterior of the SuperThermal' is smooth, but the inside is almost like a micro-fleece to the touch thanks to it’s ‘brushed’ fabric inner. 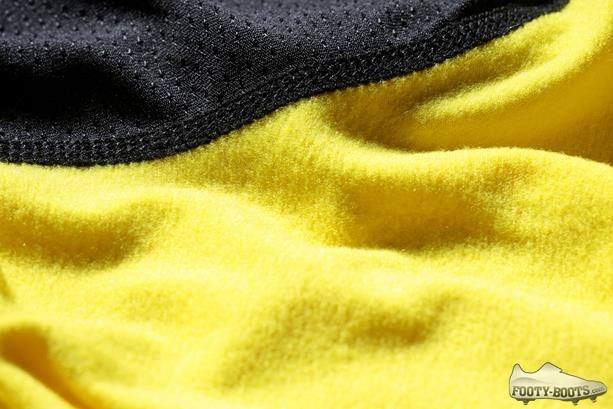 As a single-layer, this means the SuperThermal' is a little less constrictive and thick than your average winter base layer, and is coated with sweat-wicking agents to constantly draw moisture away from the skin and out through the vents.

Also, in an unusual (but welcome) move, Total Compression Advanced have made the SuperThermal' available in both crew and mock neck.

It sounds like a minor thing to bring up, but having often found the mock-neck a little too snug for those in-between days, it’s great to have the choice of an athletic crew neck or warmer mock.

We’re certainly impressed by Total Compression Advanced SuperThermal' – expect to see a little more of them on the site as the temperature continues to drop over the next few weeks!

However, if you want to pick one up now, Base-Layers.com is the place and an outstanding £13.99 with free UK P&P is the price.