Admittedly, the conditions to test the Nike Total 90 Laser III weren’t exactly ideal. But, when you’ve got a pair of electric green boots, a high-vis yellow ball and a covering of perfect white snow, it should at least mean that the pictures stand out! 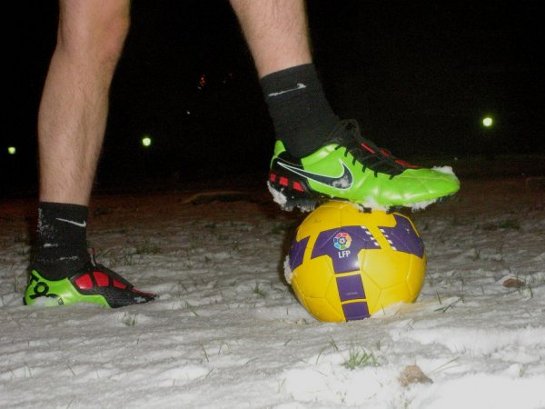 Nike have obviously taken some design cues from the CTR360 line for the latest Laser. The same slightly ‘roomy’ fit graces the front end of the boot around the toes, which will frustrate some players, so if at all possible make sure you get to try on a pair before splashing out £130 on them.

Personally, much like Sully & Greeny, I could have squeezed into half a size smaller, and after wearing them in a little I reckon I could have gone down a full size and completely eliminated the roomy feeling on the toes, but then I plan on wearing two pairs of socks during the winter (because I’m a big girl’s blouse!) so the sizing turned out quite well.

The artificial upper provides little-to-no friction between the heel of your sock and the back of the boot – so there’s not going to be any blisters, even on the first wear!

Another feature that Nike have carried over from the successful CTR360 line is the inclusion of Memory Foam in the upper. However, where the Maestri had the foam on the instep; the Laser III lines the top of the foot (underneath the new ‘pods’ that have replaced the shotshield). This placement results in a really firm, true contact with the striking area of the boot (more on this later) and a snug fit throughout the middle shank of the foot and heel. 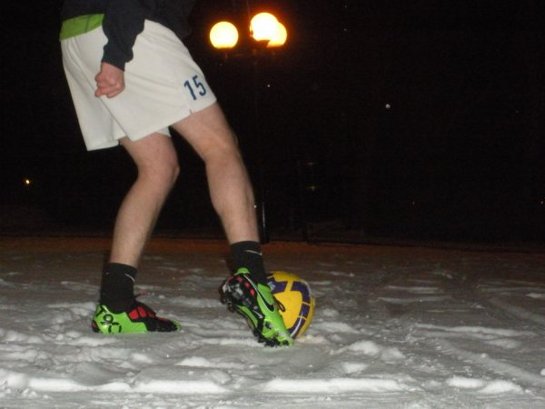 The Laser III’s feel like a perfectly solid boot when they’re on your feet. The firm synthetic upper definitely doesn’t feel like it could be compromised easily and the heel counter is wonderfully integrated into the rest of the boot.

The striking area of the boot also adds to the durability factor, with the memory foam acting as a sizable barrier across the top of the boot, to lessen the impact of any stamps on the metatarsal. Also strengthening the boot in this area is the huge rubber swerve zone on the front-instep. This rubber feels like a bike tyre, thus is pretty stubborn and won’t give, even when faced with the nastiest of studs-first challenges.

The sole-plate has been carried across almost identically from the Laser II, with the FG version having all the same blades (which I’m sure many will be thrilled to hear!) and as such is a solid part of the boot, feeling very stable underfoot and unlikely to come away from the upper in the boot’s life. In fact, I’ve tested these boots over 3 weeks and even in the snow there’s been no leakage from the sole at all, my feet got a little wet from snow coming over the top of the boots though, but that’s practically expected. 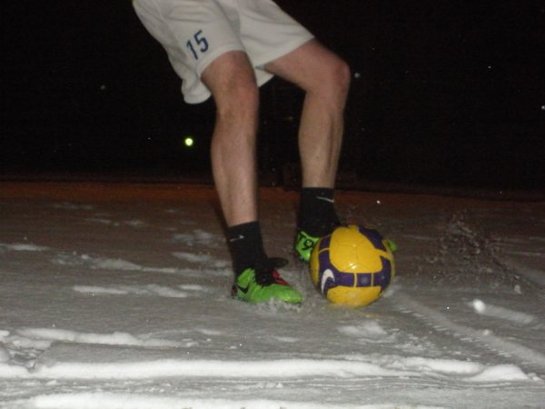 As mentioned before, the boot has a very roomy feel at the front, which makes it awesome for long matches. If you love twisting and turning around the pitch, skipping between midfielders and spinning of your marker’s shoulder, you’ll appreciate the comfort and room these will offer you over 90 minutes.

However, this same roomy nature can make the boot feel a touch clumsy round the toes, meaning it takes a little bit of time to find the best sweet spot on the boot, but again this can I reckon this can be remedied by making sure you take the time to try on a couple of pairs if possible.

Speaking of the ‘sweet spot’, the biggest talking point on this model of the Laser is the decision to swap out the target-like ‘rings’ and replace them with a different system.

The first part of which is the modular series of firm pods along the top of the boot; the idea behind these pods it to provide a uniform surface along the striking area, which ensures an even area for ball no matter how bent the foot is. 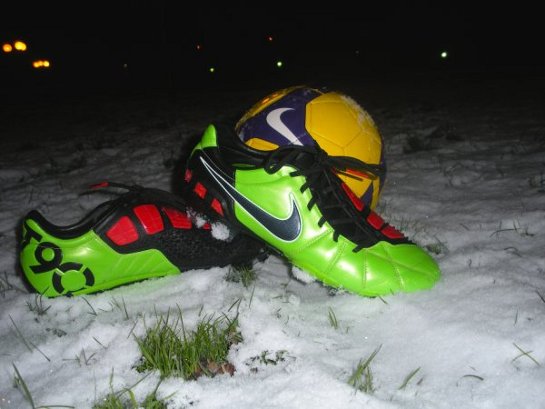 Does it work? It’s a tough one to call, what I do like about the pods is they’re a great indicator on where on the foot to strike the ball like pro’s do. In recent seasons there’s been a trend of pro’s hitting the ball slightly more towards the instep of the foot and dragging the foot under the ball as contact is made to create wicked spin and dip, rather than slamming the top of the foot through the centre of the ball for an missile-like shot. These new Lasers practically beg you to try this method out, and the plastic pods make it a little easier to do so.

Another feature of the striking zone is the rubber fins that protrude out of the outside. If you’re a little disappointed in the low-profile nature of the last few Predators and are aching for a boot that’s a little more hedgehog-like then you’re going to love these! The rubber fins actually stick out a little bit more than you might expect; so much so if you’re having a quiet kickabout by yourself, you can actually hear them rubbing up the side of the ball when you make contact. Having such a grippy area has been fantastic in such wet conditions lately, with a tangible improvement in areas like first touch and control.

Again, I’m not entirely sold on them effecting spin and swerve as much as they claim, but the increased surface area and friction certainly can’t hurt. If you’re really into technology like this you’ll probably really like the new additions to the Laser range – but once again for you purists, you could tell from the colour that these boots were never going to be for you!

What really does work is the memory foam in the boot’s tongue. As mentioned earlier, it molds to the top of your foot and doesn’t shift – which means that even when you swing your leg through for a strike, clearance or tackle , the boot’s upper stays locked in place giving great contact with the ball. 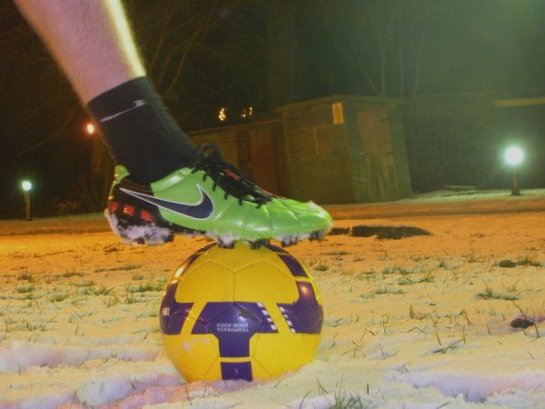 I realise that I’ve given these boots a pretty glowing review so far – and rightly so – they’re a top pair of boots; comfortable, hard-wearing, great to look at (wait until you see them up close before you judge them too harshly!) with gimmicks out the wa-zoo. However, I would still say exactly the same for the Laser II as well. As such, I don’t feel Nike have made gigantic strides forward for the Laser range, instead, more of a sideways move. It’s almost like they’ve taken adidas’ division of the Predator Powerswerve’s power & swerve specifications to the extreme. With the Laser II being all power and the III dedicated to adding swerve and craft to your shots.

For my money, I do think the Laser III inches it as the better boot. The additional grip on the forefoot, more stable lacing system and awesome use of the memory foam technology in the tongue would be the key points that sell the boot to me. But the Laser II’s have a huge fanbase – from keepers all the way to strikers- so I do think we’ll see many professional players stick with their older models, at least until the World Cup. As for amateur players? Well the most you’ll be paying for a pair of Laser II’s now is around £60, so I’ve got a feeling it might be a while before the Laser II makes it’s final bow.