It was a hectic weekend for boot debuts and for the main part, a largely forgetful one for many of the leading ambassadors in the English Premier League.

On Sunday, following his major role in the release of the Nike Total 90 Laser III, Liverpool’s Fernando Torres wore the football boots competitively for the first time. 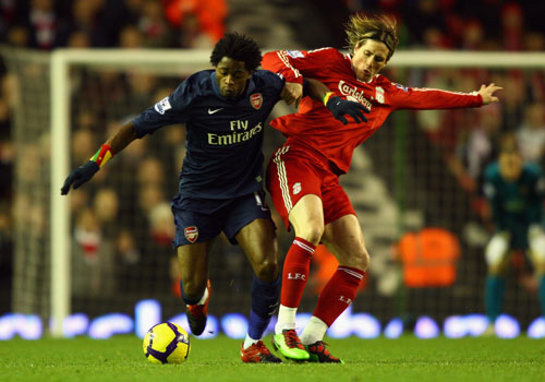 He was on hand to see Dirk Kuyt give Liverpool a first half lead but was then frustrated by Arsenal’s second half comeback and a distinct lack of a cutting edge by the home side as the Gunners ran out winners 2 – 1.

So it’s likely that Arsenal’s Denilson will more fondly remember the game as he wore the Laser III‘s as well. 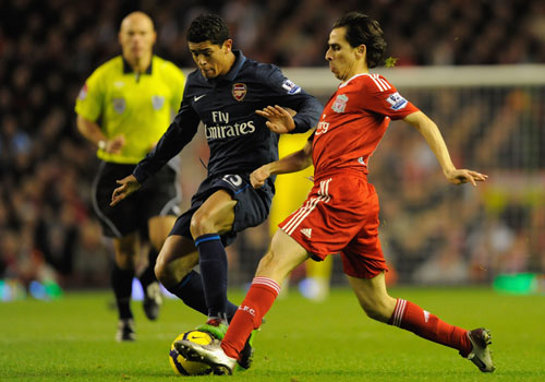 Along side him, Theo Walcott tried out the new Superfly colourway in Yellow / Black / Gold.

Twenty four hours earlier, Wayne Rooney also gave the Total 90 Laser III as bash and, like Torres, went disappointed as his side suffered a home defeat. Rooney though did come close to salvaging a point for Manchester United, hitting the bar from close range, but it wasn’t enough to stop Aston Villa taking all three points courtesy of a 1 – 0 win, their goal coming from a Superfly clad Gabriel Agbonlahor. 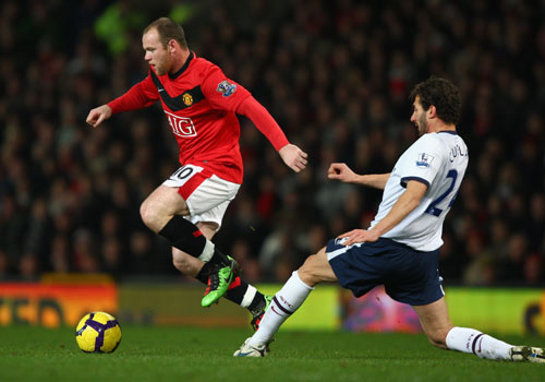 And it’s unlikely that Craig Bellamy will recall Manchester City’s game with Bolton with any great delight. He wore the Yellow / Black / Gold Superfly but was controversially sent off for diving.

Also on saturday, Chelsea’s Frank Lampard wore the adiPure III in White / Gold /Black during the 3 – 3 draw with Everton at Stamford Bridge as did Karim Benzema, though he went for the Black / White / Gold versions during Real Madrid’s crucial 3 – 2 win at Valencia.

Elsewhere over the weekend (which was supposed to be the first official outing of the new Superfly, forgetting the midweek showing by Porto’s Alves and Rodriguez) Barcelona’s Zlatan Ibrahimovic got the only goal in the Yellow / Black / Gold colourway in the home win over Espanyol while over in Italy, Gabi Mudingayi gave Bologna a 1 – 0 half time lead wearing adiPure III in White / Gold / Black but couldn’t prevent Parma coming back in the second half to secure a 2 – 1 win. And there was disappoint too for AC Milan’s Pato who wore the Yellow / Black / Gold Superfly in their 2 – 0 home defeat by Palermo.

So, who else did you spot this weekend in the new Laser III’s, Superfly’s, Vapor V’s or adiPure III’s. Let us know by commenting below.