After a marathon game of paper-scissors-stone, Kyle, sweating profusely and with bags the size of footballs under his eyes, stood victorious at Footy Boots HQ. For having beaten the rest of the team he was now in possession of the ‘Golden Ticket’. A trip to Manchester for the Nike Total 90 Laser III official launch.

Starting off the day in a manner fit for an athlete, Nike stuffed me full of the finest pastries and coffee money can buy; seated in a huge meeting room in a 5 star Manchester hotel I overlooked the dreary Manchester skyline and had a chat with a gathering of media from the four corners of the globe.

After having a somewhat surreal chat with Mr Takuya ‘Tak’ Nagata from Japanese outfit Sankei Sports,'  a rather cheery (suspiciously cheery for a Monday morning) Nike representative then appeared to ask us if we’d like to make our way through to the presentation suite – the Laser III was ready and waiting for us.

Walking down a corridor with huge pictures of Nike’s new boot plastered down the wall, illuminated from all angles with lights following the newest Laser’s infamous green and red colour scheme, we were shown our seats and we were given an introduction to the day by Head of Communications for Nike Europe, Charlie Brooke. 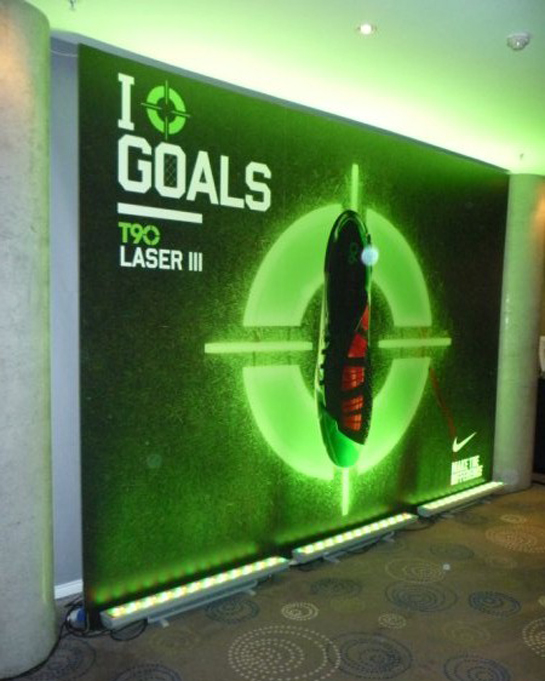 Charlie then made way for Chris Tyler who talked us through many of the new features and key points for the Laser III, before giving the floor to Simon Owen, who gave us an insight into all the thinking and tactics that Nike have put into their new Nike Accuracy+ training. Being a geek for all things boot related I introduced myself to Chris (who happens to be a fan of the site) who was happy to give me a few minutes of plenty of personal insight into the boot and his career in the industry so far. 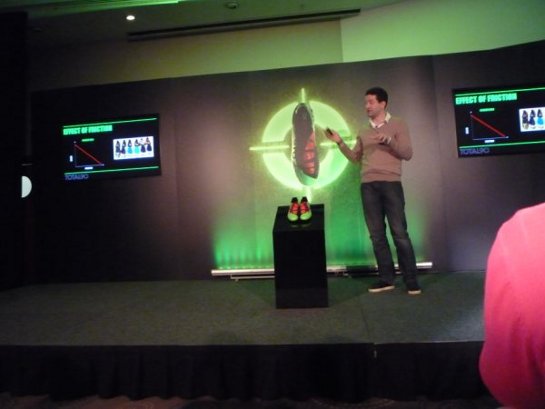 With the morning turning to afternoon, Nike laid on some lunch for the gathered press. I had a little chat with some of the Nike team (whilst trying to hide the fact that the chicken skewers were much too spicey for my tongue…), before we were told that Manchester United’s top scorer was on his way. 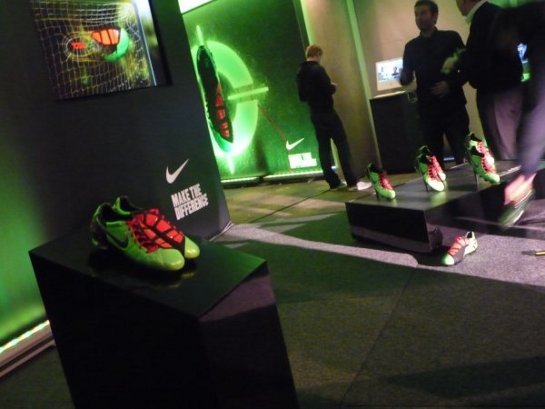 Heading back into the Laser Room, the stage was now adorned with a couple of leather chairs and it was clear the interview was only moments away. Arriving onstage to applause, Rooney was as casual as you like – T-Shirt, sweatpants and trainers (with Nike(Red) laces) were the order of the day as he answered some questions about the boot, the season so far and the games ahead. Despite his marauding personality on the pitch, Rooney was almost a little retiring when answering the questions – a true footballer’s player – you can tell he’s the sort of guy that’d much rather get on with things and just play football! 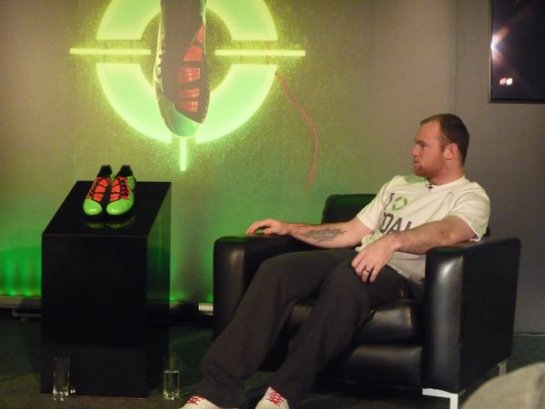 After closing off the interview session, Wayne was kind enough to pose for some photos with the football boot before being whisked away. When this intrepid reporter dared to ask if he was heading to the airport for a medical at the Camp Neu, I was assured he was heading back to Old Trafford…you heard it here first folks!!

Nike then piled all of us who fancied a chance to try out the football boots for ourselves onto a coach to take us to an all-weather testing facility. Greeting us in the changing rooms was a personalised kitbag, with a pair of Laser III’s, a T90 training shirt and shorts (the things I do for you guys…), some socks, and shower gel and a towel for after. 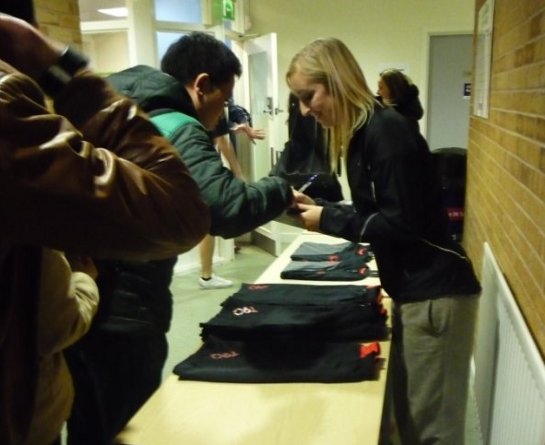 Out on the 3G pitch we were greeted by some of Tottenham and Nike’s coaches who took us through some of the drills that are part of the Nike Accuracy+ training. After a few passing, shooting and volleying exercises the coaches put our skills to the test with the Torres challenge:

3 shots from the 3 angles, with a maximum of 30 points available. Ashamedly, I only racked up 6 points, after getting 2 points for my volley and 4 points for getting side netting with my left foot, my newfound confidence was telling me to go for the top corner worth 10 points on my trusty right to win the competition. Naturally, it flew outside the post and wide of the mark. I blame the boots!! 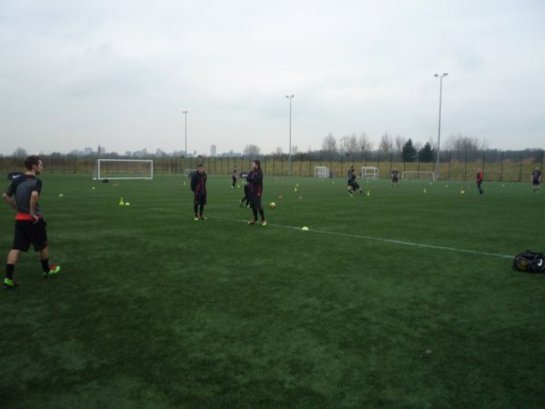 Winding down the day with a quick game, myself and Ben Cove from Football Punk formed the best all English frontline since Shearer and Sheringham to redeem some of the dignity I lost on the Torres challenge!

Some handshakes and thanks to the team at Nike later and the day was over, and it was back to start writing up all the news that wasn’t tweeted from the day. It’s not all top player interviews and free swag, you know.

Written By
Felipe
More from Felipe
Liverpool striker sticks up for his manager and calls on team mates...
Read More