Sadly, guessing at the level of criticism and angry complaints we will generate with a definitive list like this, (“but you left out Yeovil’s Josh Wagenaar!”), we can only wish it was so simple…

Nonetheless, risking our necks – and leaving out Josh W – here we go with our choice of the top 10 goalkeepers currently playing in Europe…

DJ has shown some moments of weakness this season, but we like to look beyond the worn out adage that “you’re only as good as your last game”. James has been outstanding over recent seasons, with game after game of match winning performances for Portsmouth. Such as at Old Trafford in last season’s 1-0 FA Cup win, giving Portsmouth a clear run for their first piece of decent silverware in eons. Overall interesting bloke, writes for the Guardian. HO Soccer keeper. His car allegedly runs on rapeseed oil. 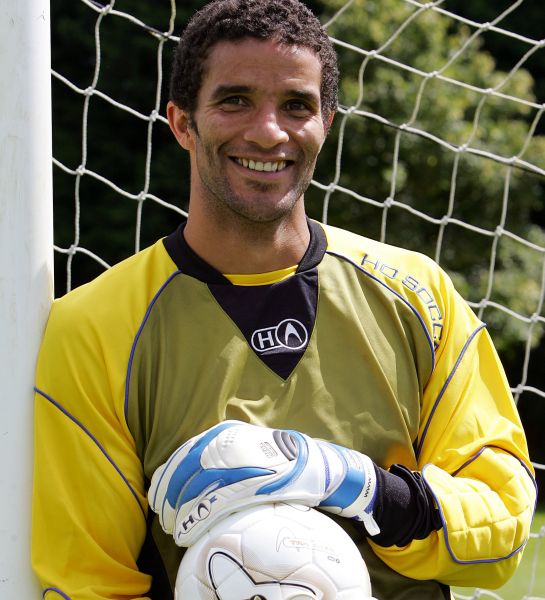 Spain is a hotbed of goalkeeping talent at the moment, and, not sure whether to choose between Barcelona’s Victor Valdez and Sevilla’s Palop for inclusion on this list, to be truthful it came down to a nice stat we found about the latter. Apparently after Spain’s winning final in Euro 2008, Palop, who was 3rd choice keeper in the squad, wore Luis Arconada’s actual Euro 84 final shirt when collecting his medal. Palop picked up his medal from Michel Platini, who won Euro 84 after an error from Arconada on a free kick. Palop has never actually been capped for Spain yet though.

The first of two Brazilian keepers in our list, for anybody that still believes the myth that Brazil can only produce strikers – and this list doesn’t include Helton or Doni. Julio Cesar won the Inter #1 spot from the Italian great Toldo, not long after signing from Flamengo in 2005. A consistently good keeper, has set the Brazil international clean sheet record with over 10 hours of football without conceding a goal. 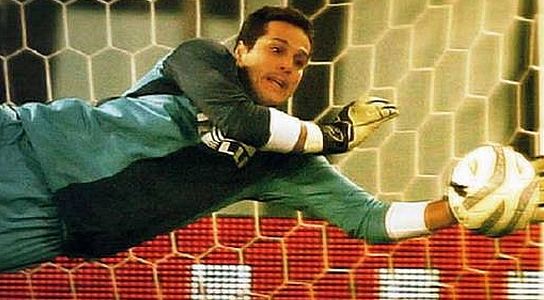 OK, look, so not exactly the man of the moment. A tricky start at Spurs and a bit of pillorying in the press. But Gomes will bounce back. Check out his record breaking feats in the Dutch league: apparently had streaks of 971 minutes, 817 minutes and 956 minutes of consecutive football without conceding a goal in each of his first seasons with PSV – coming close each time to the Dutch league record of 1082 minutes set in 1971.

Loved on Merseyside, and winner of the Barclays Premier League Golden Gloves awards over the last 3 consecutive seasons (given to the goalkeeper keeping the most clean sheets in a season). It’s difficult to argue with those kinds of stats. He would also be Spain’s number 1, but for Iker Casillas. Son of well known former Atl'©tico Madrid keeper Miguel Reina Santos, who lost a European Cup Final to Sepp Maier’s Bayern Munich in the 1970s.

Not always stylish, not always a flair player, but unquestionably an outstanding goalkeeper. An absolutely pivotal figure in Blackburn’s success over recent seasons, and his departure has coincided with their sudden demise. Has recently earned huge praise from new boss Martin O’Neill as his heroics and consistency have seen Aston Villa move up to new heights in the Premier League.

“VDS”, as fans lovingly call him, just makes it look so easy. An elegant and graceful goalkeeper, especially for his age and height, whose brilliant positioning leaves him so often in the right place to make the great saves look straight forward. Van Der Sar is still enjoying great form in the twilight of his career, after spells at Ajax and Juventus, and a whole career at the highest level since 1990. Now also Holland’s most capped player of all-time, with 130 caps.

Look at it this way: if Roman Abramovich thought there was a better keeper out there, he would have already bought him. Outstanding keeper – brilliant reactions, size and presence. A pioneer and ambassador of goalkeeping technology with the new all orange kit. His £7m transfer to Chelsea in 2004 reportedly meant that Chelsea paid more for him than every other goalkeeper to have played for them in history (and that includes Peter Bonetti, Carlo Cudicini, Dmitri Kharine, Ed de Goey and Kevin Hitchcock).

They say victory at the highest level is a key criterion of true greatness. Casillas captained the first Spanish team to win the Euros since well, can anybody even remember? And moreover he made it happen with some key penalty saves and overall solidness. “Superstar” doesn’t adequately sum up his status in Spain. A Real Madrid keeper since his teens, Iker was born in Madrid and will probably die there. But not before he chalks up another 10 years or so of major silverware.

Gigi is close to the top of everybody’s list – and after all, who can argue with WikiAnswers? Record breaking 4 times IFHHS World Goalkeeper of the Year winner, with more points accumulated in this award than anybody else, ever, including Peter Schmeichel and Oliver Kahn. World Cup winner 2006. Juventus hero. World’s most expensive goalkeeper (52 million). Married to Czech model Alena Aeredova. What else do you want?

Great quote from his agent, after Buffon was relegated with Juventus in 2006 over the Juve match fixing scandal and linked with a move away: “Serie B is a division he has never won and he wants to try to do this.”

So, how do you rate our list? Add your own top ten or suggest changes to ours by using the comments section below.