Manchester United top the charts for annual shirt sales for the past year, just as they launch their first new kits as part of the £750 million, 10 year deal with adidas. 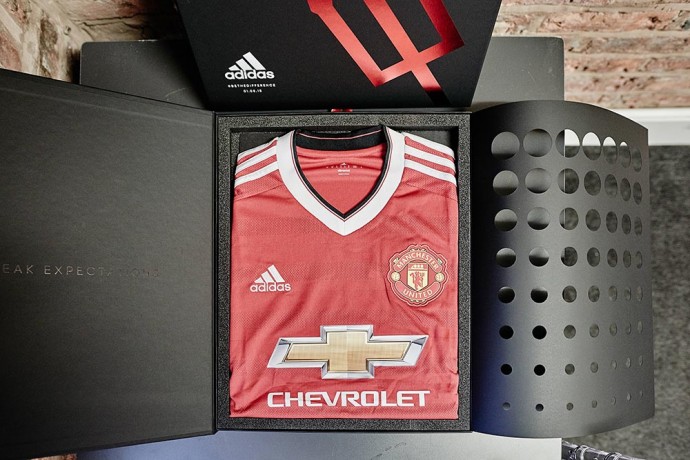 The commercial giants of English football, Manchester United, have topped the sales charts for the 2014/15 season, according to figures from leading sportswear retailer Kitbag.com

Which is just as well for adidas, who are paying £75 million per annum to make the kit. Nike had been supplying the Red Devils kit at a cost of £23.5 million a year, but decided against continuing the contract past last season.

Manchester United were closely followed by the Premier League champions Chelsea. Barcelona are No 3 on the sales list, followed by Real Madrid, Arsenal and Liverpool.

The Premier League clubs dominate, as expected, as these figures are based on UK sales. Six English clubs feature in the top 10 most popular football shirts sold. Spain’s big two, Barca and Real Madrid make the top 5, whilst two German club’s also figure.

Written By
Stan
More from Stan
With colourways that blur to white, the new Motion Blur pack from...
Read More