New York Red Bulls star and Socceroos legend Tim Cahill is the latest player to be snapped up by Warrior as they increase their roster of players once more.

The former Everton and Millwall forward took to Instagram last night to announce his new partnership with football’s most rapidly-growing brand, with Warrior not far behind confirming the news on their official Twitter.

A timely acquisition, Australia confirmed their spot in the group stages of the World Cup in June, with Cahill on hand to score three goals over the course of their qualification campaign. 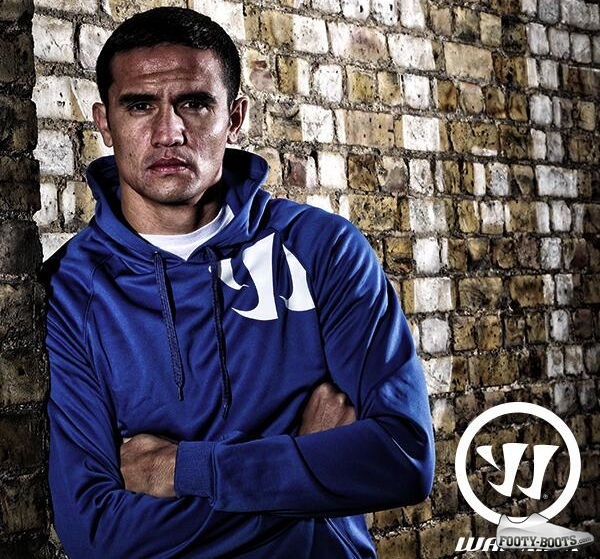 A player with worldwide appeal, Cahill not only has fans in both Australia and England, but also becomes the first official Warrior athlete in Major League Soccer.

Notorious for his aerial ability during his time in England, Cahill has found the net plenty of times with his feet since heading across the Atlantic including this curling effort against the Seattle Sounders a couple of weeks back:

Speaking on his Instagram, Cahill said of the partnership:

“Proud and excited to announce that I have joined @warriorfootballofficial family. It’s going to be an amazing relationship we have so much to look forward too, with @newyorkredbulls and #socceroos going into the World Cup #Brazil2014 , #AsiaCup2015 in Australia and loads of projects working with children.”

With players on their books of Belgian, English and Argentine nationality, Warrior are set to have a respectable presence on the pitches of Brazil next summer. However, given the rate they’re making signings, we wouldn’t write off the chance they’ll have a few more by the opening ceremony.

Having been spotted training in the Gambler, we imagine that will be Cahill’s boot of choice for the closing stages of the MLS season – however, as is the case with several Warrior athletes, Cahill will likely be given free choice of his boots as new colourways are launched.

A good signing for Warrior? A wise move for Cahill?