One of our favourite ever Youtube videos from Nike took us on the journey of 3 pairs of football boots as they were created at Nike’s Montebulluna factory and found their way on to the feet of Ronaldo, Rooney and Fabregas.

And, thanks to the Nike Football Insider, we can now take an even closer look at the process involved in creating a pair of the new Nike Tiempo Legend IV‘s! 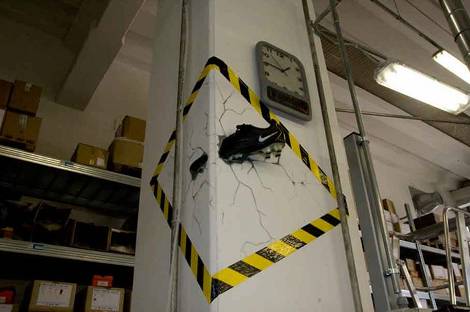 Nestled just north of Venice in Northern Italy, Montebeulluna is the home of Nike’s master craftsmen.

Far from being just another place where football boots are made, this is where the cleats of all the elite Nike players in the World are produced to the highest standards by Nike’s top cobblers.

Nike say that creating the new Nike Tiempo Legend IV Elite is a process that takes no less than 128 steps, each one a demonstration of the passion and expertise that the men and women who work at Montebelluna have for footballing footwear. 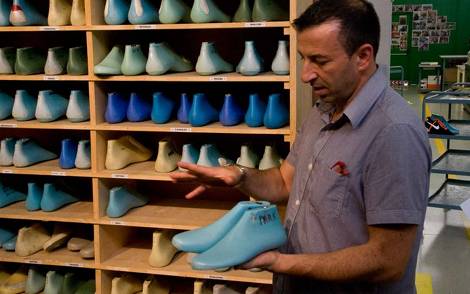 Nike boast that every boot ‘starts with the athlete’ – and that’s certainly not a hollow boast from the American brand as the shelves are stacked with moulds of players individual feet, used to create lasts that are truly unique to each player, accounting for and previous injuries or scarring suffered from surgery.

With the focus being on the Tiempo Legend IV, the lasts belonging to Ji-Sung Park of Manchester United and South Korea are picked off the shelves, but if you look at the bookcases in the background you’ll see two shelves dedicated solely to ‘C. Ronaldo’ and ‘Drogba’. Even Nike New-boy Chris Smalling has a pair on this wall of fame! 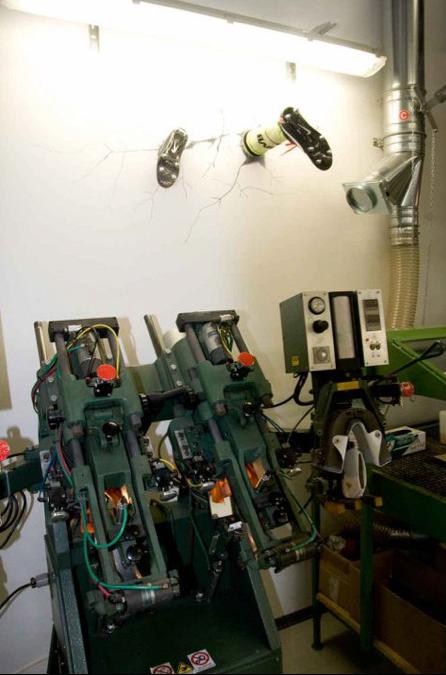 The upper is then shaped to the last using these two machines to apply heat and pressure to ‘mould’ the premium K-Leather upper of the Tiempo Legend IV.

Notice the pair of football boots that have crashed through the wall – whilst most players would love SG versions of the new Legend Elites, not only are Nike not selling them – they’re using them as wall decorations just to rub it in! 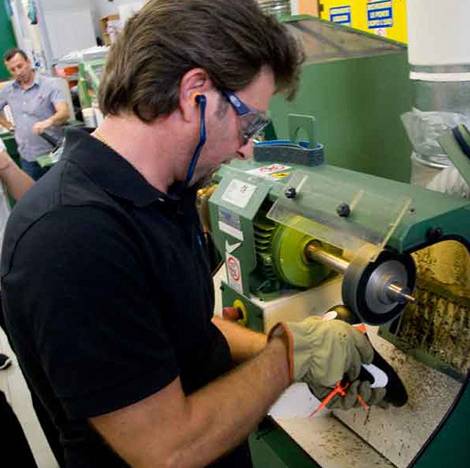 Before the sole can be applied to any pair of football boots, any leftover material from the upper must be sheared off to ensure a flush fit.

Easily one of the most important steps in the process, this will prolong the life of the boot, increase the comfort and really goes to show the attention to detail that Nike’s craftsmen dedicate to each pair of their signature soccer cleats. 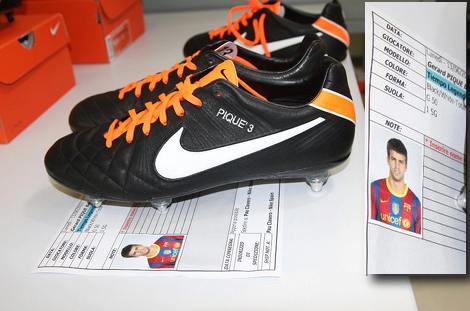 Once everything has been put together, any special needs of the player are taken into account thanks to a handy data-sheet Nike keeps on each and every one of their players.

In this instance, Tiempo Legend IV poster-boy Gerard Pique is the lucky recipient of these hot-off-the-press football boots, and we can see that he’s requested an SG sole (suola) and the Barca Centre back likely has a special insole or insert in his boots (‘inserire’ in the ‘Note’) section. 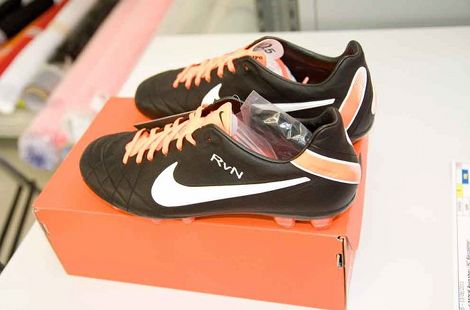 Pique’s football boots aren’t the only ones on the shop floor, mind you, as this great shot reveals that Ruud Van Nistelrooy prefers a size 10.5 boot, Flywire Elite upper with a non-elite sole on his Tiempo Legend IV! Amazing!

What do you think to the Nike football boots-building process?

Is there a football alive who wouldn’t want a pair of boots made there!?

Written By
Ramsay
More from Ramsay
The Liverpool manager Jurgen Klopp has signed as an ambassador for New...
Read More