It’s been a little while since we’ve heard anything new about the upcoming Tiempo Legend IV, but it seems that Nike are steadily preparing for the release of these new football boots by having one of the World’s top Tiempo wearers, Gerard Pique, test them in a training session. 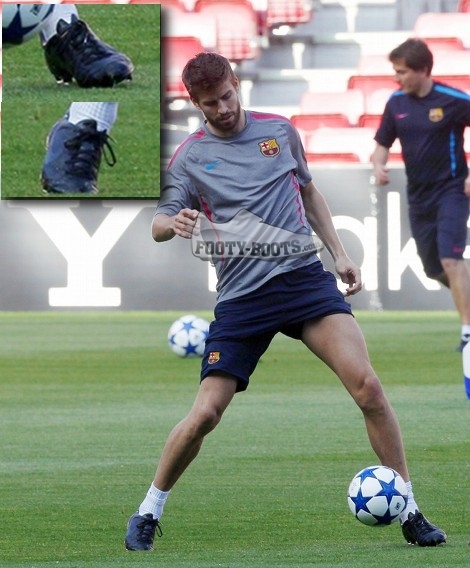 As you can see, the Barcelona defender has taken the liberty of blacking out his new football boots, but that doesn’t mean we can’t glean some interesting details from these photos.

First up is the distinctive heel striping, which is very similar to what we saw on the feet of FC Krasnodar’s Azim Fatullayev when we exclusively spotted them in testing back in February.

From the way these stripe along the heels looks, it certainly seems as though the Tiempo Legend IV has a much smaller heel counter than it’s predecessor, and may, in fact, be internal like other classic football boots such as the adiPure IV and Mizuno Morelia.

Another interesting feature is the lack of a tongue on this model. As we mentioned before, this version of the Tiempo Legend seems to have done away with the fold-over tongue that has characterised the Tiempo legend over the last three generations. 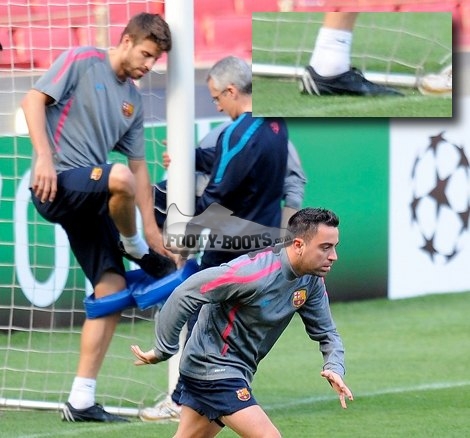 Instead, we have a single-layer tongue, with symmetrical tabs cut out out of the top. This design is remarkably similar to the design of the tongue used on the current Superfly III.

As for the studs, the telling glimmer of light under Pique’s left foot will be familiar to anyone who owns a pair of the excellent Nike Tiempo Legend III Elite. This leads us to believe the Tiempo Legend IV may well use the same soleplate as the current Elite, or at the very least, the same studs.

What do you think the Tiempo Legend IV will bring to the table?

Are you happy with the way Nike’s latest are shaping up?

Thanks again to DDChile for the spot!

Written By
Kyle Elliot
More from Kyle Elliot
Nike pull out all the stops with this range of top Cristiano...
Read More