The ‘old man’ of Nike’s current stable of boots, the Tiempo Legend III gets a classy send off in what may well be the final colourway of these much loved football boots. 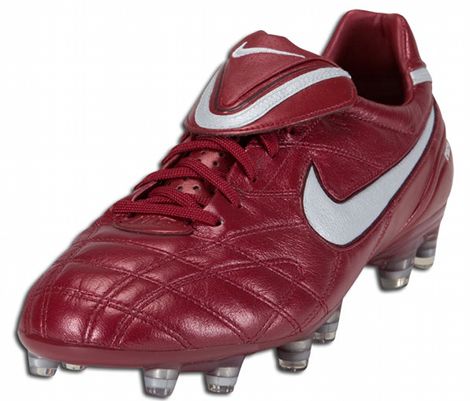 Team Red/Metallic Platinum/Deep Burgundy may well be the longest ever colourway name we’ve ever come across, which seems fitting for Nike’s longest running football boots – and it’s also one of the nicest we’ve seen on Nike’s classically styled cleats.

‘Unique’ is definitely one of the words we’d use to describe them (though maybe not the same way we’d describe the PowerCat Tokyo as ‘Unique!’) as there’s very few football boots on the market that could pull off an all-red colourway such as this!

Like the Oxblood Speciali that was released early last year, there’s something about this type of Red that really shows off the quality of the K-Leather used on some top-range football boots.

And the Metallic Platinum shows off some of the neat design touches that go into the Tiempo Legend III, like the piping on the heel counter, trim on the tongue and the ‘Est. 1984’ text on the toe-end of the sole!

You don’t get many all red football boots for sale – but when you do they tend to be a hit (like Nike’s Challenge Red Laser III’s from last year), and we reckon they’ll be a hit with the likes of Ronaldinho, Joe Cole, Pirlo and Park Ji-Sung following their release 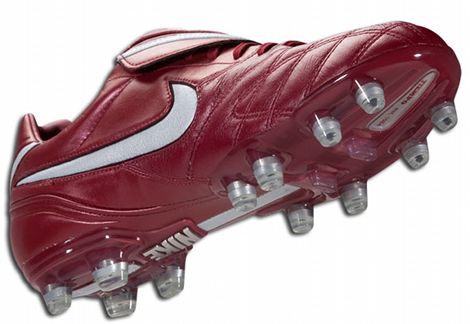 These new football boots are part of Nike’s Summer ’11 range and will land in stores on April 1st, with pre-orders starting this week!

All in all, we think this is another solid Tiempo Legend IIII colourway from Nike – but what do you think?

Use the Boot-O-Meter and comments to let us know!

TIEMPO LEGEND III – TEAM RED/METALLIC PLATINUM, 8.3 out of 10 based on 23 ratings