Now that the league competitions have come to an end and the Champions League Final is almost upon us, professionals and fans alike are looking towards this Summer’s international events. With the Copa America, Euro 2016 and the Olympic tournament in Rio, it gives football brands the opportunity to place their products in front of huge audiences and on the biggest stages.

Here’s my summary of the best new football boots this summer. 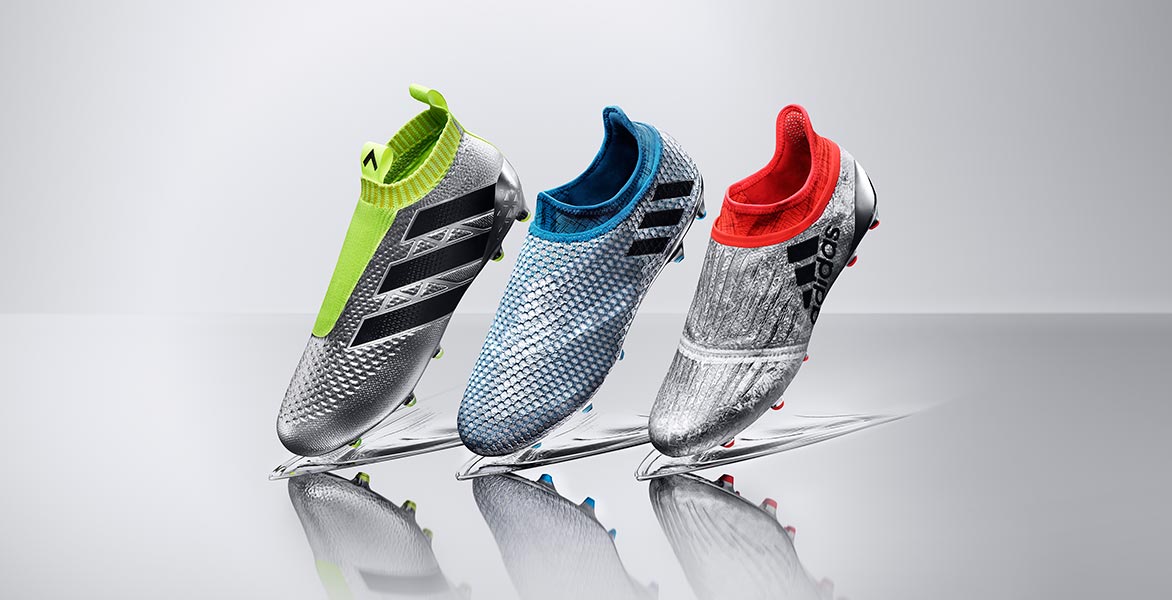 Starting off with the 3 stripes, there are some very interesting and fresh ideas coming to the market this summer. Their recently updated ACE line will remain the same with the addition of some new colourways. However, the adidas X and Messi line have each gotten a fresh new reboot with the Mercury Pack which was unveiled recently by Adidas.

Set to be worn by the likes of Paul Pogba, Mesut Ozil, Ivan Rakitic and Dele Alli, the fresh new ACE 16 PureControl will continue to amaze with it’s innovative no lace technology.

Here’s where the new stuff gets exciting, the all new X 16+ PureChaos is simply beautiful. Hitting the drawing board and redesigning the X line, Adidas has yet again introduced a silo that will change the game forever by offering a clean surfaced boot with no outside laces. A lace cover has been attempted before, however I believe Adidas has nailed it this time. A completely new upper, almost no laces, brand new sole plate design, and several different variations fit for any player. Identical to their ACE line, Adidas has offered the top tier of the X line in several variations. The PureChaos (which you see above), the standard synthetic X 16.1, and of course a leather X 16.1.

Released alongside the new X line is the new Messi line, a boot crafted for one of the best players of the game. Much like the all new X 16 line, Adidas have redesigned everything from the Upper, to the studs. Offering a similar concept as the PureChaos, the new Messi PureAgility has a new stud configuration, covered laces to offer a seamless upper and a new tech-fit collar around the ankle area. The largest difference this line offers is the new upper which is apparently constructed by a knitted material. The Messi line also offers several top tier variations: The 16+ PureAgility (as seen above), the standard synthetic Messi 16.1, and i’m not 100% of this but so far Adidas has NOT revealed any leather variations of the Messi 16 boot. 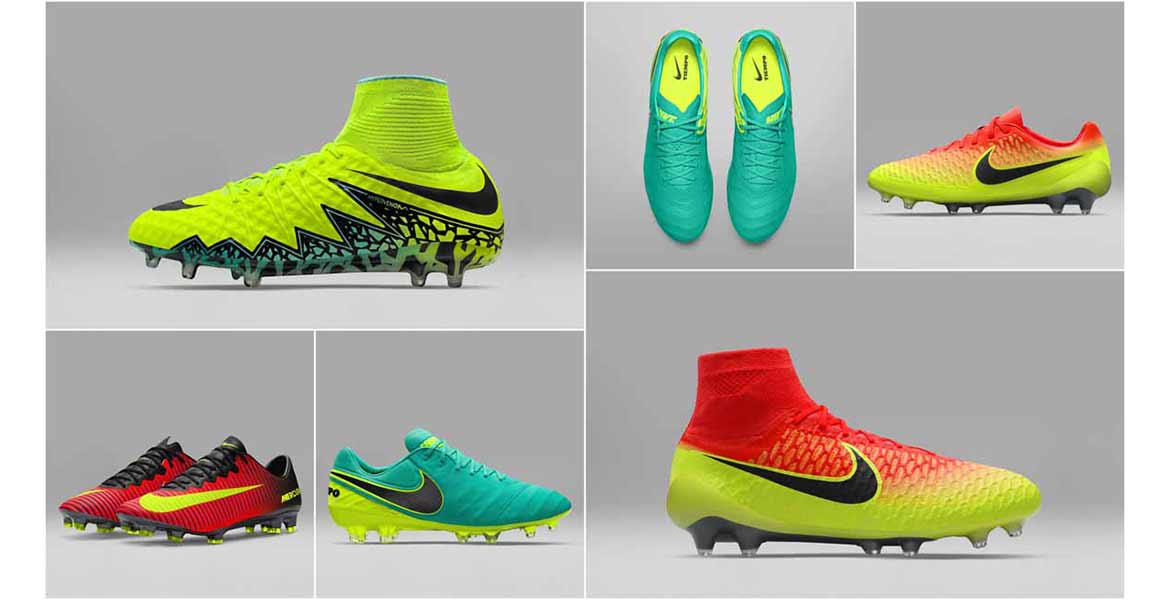 With the giant American brand, mostly perfections are coming our way and only one new creation.

The swoosh launched the next generation of Mercurial ahead of the Euro Cup, revealing a new Superfly V early this year for the public to see but not for actual sale. With that, Nike roll out a new Mercurial Vapor, a Veloce III with a dynamic fit collar, and an all new Junior Superfly V Model.

The New Superfly has gone through some considerable changes compared to its predecessor. An all new upper design is used with the same flyknit technology, but with rib-like patterns that follow the vertical patterns of the Brio-Cables in the mid-foot. The biggest change comes with the studs, replacing the stiff carbon fiber from the IV for a lighter plastic and completely molding the shape of the plate to the grooves we all have on our feet. The Studs themselves have also changed positions and shape, as Nike really focus on acceleration and braking with the Superfly V.

The Vapor will continue to exist and keeps the same one piece upper synthetic design with the all new stud configuration that the mercurial line has adopted.

The Magista will also undergo an update but only after the Euro 2016 comes to an end, while the Tiempo Legend will remain the same, other than several colour updates. 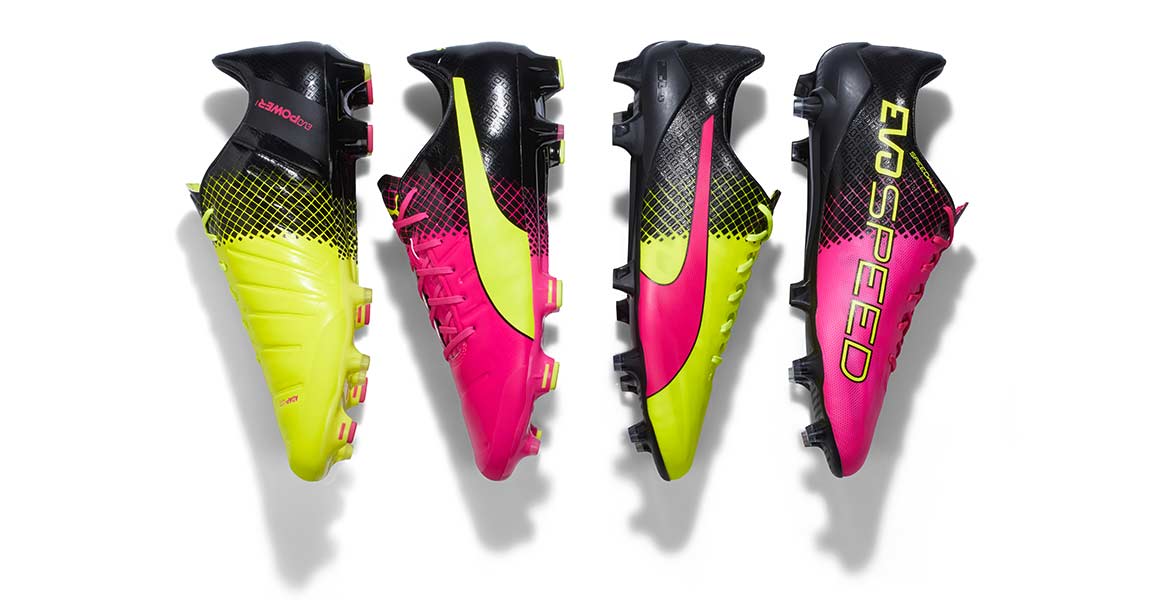 Going into the Summer with their recent tricks colourways, Puma still hangs tough with their EvoPower 1.3 and their newer EvoSpeed 1.5 line-ups.

The biggest surprise however will come later on with this German brand. They’ll be going head on with giants Nike and Adidas. From what I know, we’re looking forward to a new silo, the EvoTouch, Puma will apparently unveil this new creation sometime this summer. No info has been leaked about the future of the EvoSpeed and EvoPower lines.

Tech Specs about this new cleat have not been mentioned, however Puma has decided to implement their own spin on a mid-cut designed shoe. With the name of the cleat being EvoTouch, I’d estimate it to be marketed around the playmaker.

With Puma slowly making their way to the big leagues, room for this underdog brand has opened up in the market.

New Balance definitely dominated in 2015 with their impressive Visaro line, while their Furon lacked and fell to some issues.

However NB were quick to update and roll out a new generation of Furon recently and critics are saying it’s quite an improvement (including some of my colleagues at Footy Boots HQ). We are excited to see them this summer with some fresh new colour updates.

With all this new technology upon us, the excitement builds. With historic moments waiting to be written this summer, a pair of iconic boots will definitely be around to match and solidify those moments.