The Play-Off final is set to be played at Wembley tonight, with Swansea and Reading set to play out a heated match for the honour of Premiership football next season. 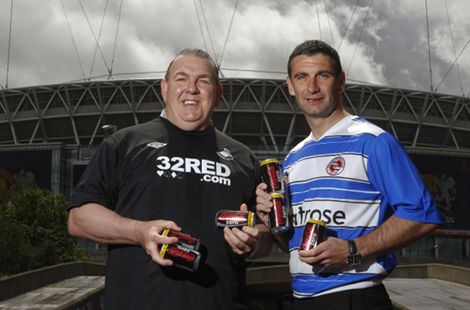 Ahead of the ‘Richest Game in Football’, we caught up with two legends of the game, both backing different teams at Wembley tonight! In Reading’s corner; former Captain Aidy Williams. In Swansea’s corner, former Welsh international goalkeeper and Everton institution Neville Southall.

Footy-Boots: We know that many people refer to the Play-off final as the richest game in English football, but what effect can it have outside the team?

Neville Southall: The Premiership can bring huge benefits to the hotels, restaurants and the community at large.

If Swansea win – which I think they will – the likes of Liverpool, Manchester United and Arsenal coming to the City will be a huge boost. The fans will love to see big teams coming to play and it’ll be a boost for the whole City.

Aidy Williams: No, I wouldn’t say so – spending so long at Reading and still being involved today, I’m definitely backing my team!

That said, I would love to see a Welsh team make their way into the top flight, so I guess I’m in a bit of a no-lose situation, really!

FB: Neville, on that note, do you agree it’s time for a Welsh team to make the step up?

NS: There’s no doubt that they’re ready – both Swansea and Cardiff are big clubs who are very well supported.

Swansea, I reckon, would be similar to West Brom, tight at the back, fast up front and will score plenty of goals; they’d be very welcome in the Premiership. That said, Reading have some quality players, this is going to be a great game for the neutral – maybe even the best play-off final ever!

FB: How’s about Reading, Aidy? The have a great stadium, great manager; can they make their return to the top flight a successful one?

AW: There’s no doubt, just like any club, that they’d love to spend a few quid. But they’ve got quality players like Shane Long, Jodi McAnuff, Leigertwood from QPR  and the goalkeeper Federici who are all good enough to play at the top, top level. 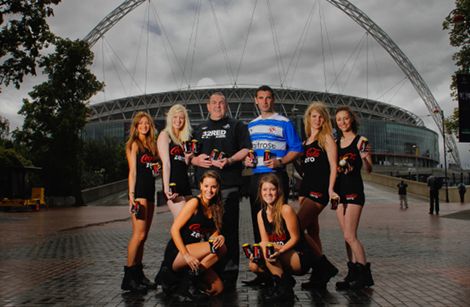 FB: One for the both of you now, is there any benefit to going up via the play-offs rather than automatically?

AW: The way  I see it, if someone said to me you were guaranteed to win it, it’s definitely the best way to go up.

The fans get to see their team into the top-flight, the players get to play at a big game at Wembley, which is – as a player -the sort of game you want to play in, it builds confidence!

NS: I’ll start by saying that I don’t like the play-offs, they’re not fair. The proposition of a one-off game worth £90m to your club isn’t really the way it should work.

But it’s great for the fans to see their team promoted at Wembley. As for the players, there’s only one thing to do; and that’s to win the game!

FB: On the flipside Aidy, what can losing a game like this do to a team?

Well, I’ve been on the losing side twice, and I’d like to say it makes you twice as eager for next season and want to go back again and do it automatically next time.

But we know that’s not the case, we’ve seen plenty of teams play in the play-off in one season and get relegated the next; it can really harm a team.

FB: You played in the top flight for many years Neville, and seen many teams promoted and relegated – what would Swansea and Reading have to do to stay up?

NS: They have to approach each game with confidence, no fear. Believe it or not, there’s less pressure on teams like Swansea and Reading in the top flight – they’re in a win/win situation.

No one expects them to stay up, so there’s no pressure, but if they do- it’s a bonus!

Compare that to a team like Leeds – if they got promoted, they would be expected to stay up there and compete as a big club again.

FB: Finally boys – we have top ask, what were your favourite football boots and why?

AW: Well, I was lucky enough to be sponsored by Mizuno, who were gracious enough to supply me with boots, so they were my preference.

They had a warehouse in Reading so they were keen to work with players in the team. My Favourites? The Rivaldos, Rivaldo Wave Cup, they were incredible.

NS: I wore so many boots, adidas, Puma – some Uhlsports that I didn’t like too much – adidas were always the Rolls Royce of boots for me.

Even when I was sponsored by someone else, I would wear adidas and paint my sponsors logo on with gloss paint so they shone under the spotlights, so they were happy.

That said, I had one pair of HiTec football boots that I wore only when it was wet. They were the cheapest you could buy (about £20 today) and HiTec didn’t like me wearing them. But as they had the logo on, they couldn’t complain! They were plastic, which meant that were waterproof, and kept me light on my feet when it was raining.

So, on the bombshell that Neville Southall discovered in 1995 what Nike say they perfected with the KangaLite on the CTR in 2009, we leave the interview and thank Neville and Aidy for their time.

Written By
Kyle Elliot
More from Kyle Elliot
adidas give the existing Nitrocharge a fresh twist with the distinctive new...
Read More