Thierry Henry has said he would not return to the Premier League with any other club than Arsenal.Henry has been the subject of much transfer speculation having gone to Barcelona and struggled to set the La Liga alight. As a result he has been linked with moves back to England, with Kevin Keegan of Newcastle being the most vocal in wanting the Frenchman at his club.

In a BBC interview, the 30-year-old striker says he is happy at Barcelona at the moment and that he has no regrets at leaving Arsenal. Although, he hinted that Arsenal were the only club that could possibly tempt him back to England. 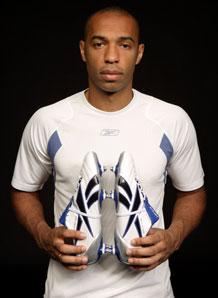 There’s only one team in England for me. Everybody knows the love and affection I have for Arsenal.

There has been since I arrived here a lot of speculation from day one but, hey, go back where? There’s only one team for me in my heart. It took me a while to understand what that club, Arsenal, meant.

Written By
Felipe
More from Felipe
After a couple of woeful England performances, the future isn’t looking so...
Read More