In keeping with their fantastic growth of presence in 2010, Mizuno have got off to a great start in 2011 by announcing they have signed Inter Milan’s Thiago Motta as their latest endorsee, set to wear their Supersonic Wave football boots. 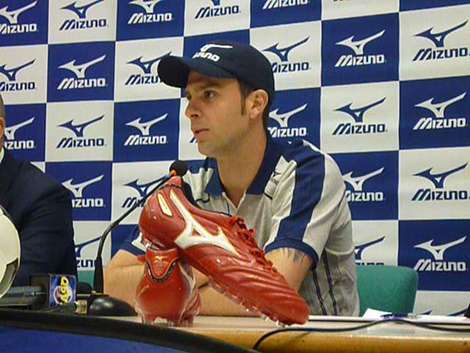 Motta & The Supersonic Wave he’ll be wearing from mid-February

Motta has long been a fan of the Mizuno Morelia – for over a decade, in fact -'  and it seems that the Brazilian Midfielder has been wearing the boots without incentive until this week.

But rather than being paid for something he was already doing, Motta has opted to have his sponsorship fee converted into sports equipment, and donating it to a leading charity in Brazil – The Ana Moser Institute of Sport & Education.

The Institute has been helping underprivileged communities and areas since 2001 and currently works with 12,000 children and adolescents weekly in 14 Brazilian municipalities, to improve their future prospects through sports education and social programmes. 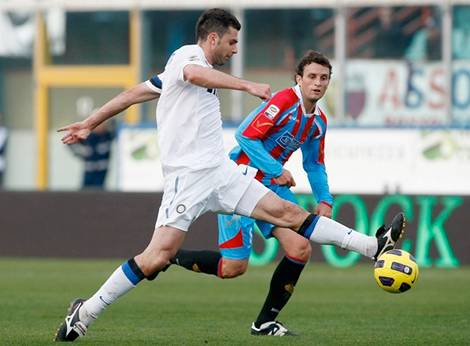 Thiago Motta will be swapping his trusty Morelia for a new pair of football boots!

The collaboration between Mizuno and Thiago Motta means that Mizuno will be providing the institute with their top-of-the-range sports gear, rather than giving Motta a yearly sponsorship.

Whilst we normally like to stick to the facts here at Footy-Boots.com, we’ve got to credit Motta & Mizuno for coming to such a charitable agreement – if more sports stars turned their football boots sponsorship fees into projects like this, maybe professional footballers wouldn’t get such a bad rap all the time!

Rather than sticking with his trusty Morelia, the former Barcelona man will be using this chance to get his hands on some new football boots; the Mizuno Supersonic Wave. 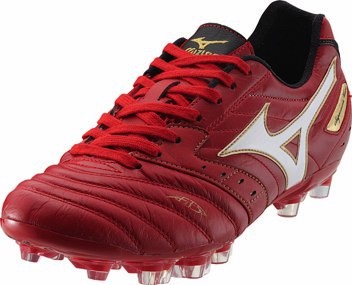 At a press conference in Milan, Motta said ”I˘€žËve been wearing Mizuno football boots for my entire professional career, so it˘ great to announce this official deal with a brand I really believe in. The Supersonic Wave boot that I will soon be wearing in matches gives me comfort and control when I need it most. I˘€žËm excited about working with Mizuno in the future, both in product development and on this charity project we have entered together.”

Motta hails from Brazil but possesses an Italian passport and is strongly rumoured to receive a call up to the Italy squad for their forthcoming friendly match against Germany.

What do you think to this deal? Obviously it’s good for Motta & Mizuno, but it’s nice to see a charity benefit from a sponsorship deal, too.