Once again the FA Cup Third Round served up a number of shocks, with quite a few underdogs enjoying their moment in the sun – not least of all in Manchester, where the visiting team had to bring a 37-year-old out of retirement to fill the bench for the trip to their glamorous hosts and the Cup holders. 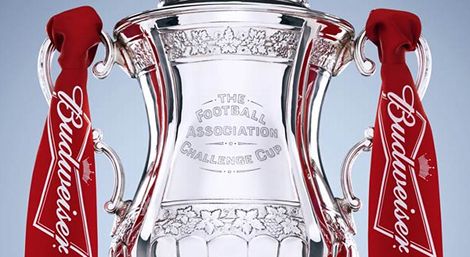 As it turned out, Manchester United looked on course to dish out full retribution for their autumn pasting when they led 3-0 at the interval with Vincent Kompany was already bathed and sat in the stands, but City produced a comeback of sorts to ensure that the visitors only left with a narrow victory and not a record one.

All of the Premiership’s other big boys survived their ties. Spurs’ and Chelsea’s annual home games against minnows posed no threat, while Liverpool brushed aside Oldham. The result was soon secondary when it emerged an idiot in the crowd had allegedly decided to bring further bad publicity for Kenny and Co. Racism has no place in society or football, so it is unfortunate that it has twice become a topic of conversation in the same part of Merseyside in the space of a few weeks. Let’s hope no ill-advised t-shirts are worn this time around.

Elsewhere, Paolo Di Canio bizarrely claimed that his Swindon side’s defeat of Wigan was the highlight of his career. Fair enough, playing in the Rome derby might not be all it’s cracked up to be, but a certain volley for West Ham surely ranks a bit higher? That’s not to mention pushing over a referee…

Two of the bigger upsets involved Championship clubs; Crawley disposed of Bristol City while Stevenage performed brilliantly to win at Reading.  While both sides are now in the Football League, it shouldn’t be forgotten that to all intents and purposes they are tiny clubs with non-league backgrounds. 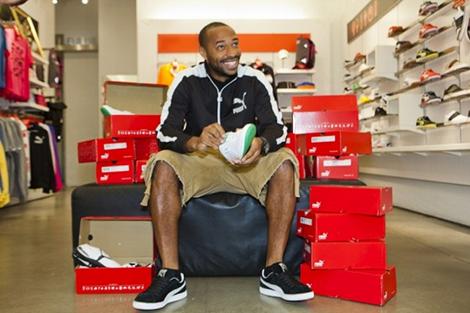 Thierry Henry Brings his Puma Football boots to Arsenal for the first time.

Tonight, Thierry Henry will hope to make an emotional return to English football when Arsenal take on Leeds in a repeat of last season’s tie. He may well be 34, but given that Simon Grayson’s side struggles to defend at the best of times in the division below, the Frenchman will be licking his lips at the prospect of opening his account.

La Liga continues to prove fascinating viewing (for a change) as Barcelona and Espanyol met in a Catalonia Derby that ended in a 1-1 draw, allowing Real Madrid to push themselves a full 5 points clear at the top of the table with a 5-1 romp over Granada.

Valencia lurk a mere 4 points behind the Camp Nou club – a gap which would have been halved had Villareal not provided a more-than-adequate opposition for Los Che; forcing Valencia to come behind for a thrilling 2-2 draw.