MENU
Although the weekend was missing the one game that everyone has been waiting the whole season for – tonight’s Manchester derby – it was still an entertaining round of fixtures in the Premiership.

“Ah, here they are!” – ‘Nando  rediscovers his shooting boots.
Roberto di Matteo was managing MK Dons in League One not so long ago. Now he has the chance to win the biggest European club prize of all, not to mention the FA Cup.
On Sunday, his impressive run continued as Fernando Torres reminded everyone of the striker who came to these shores a few years ago as he terrorised QPR, grabbing a hat-trick in the 6-1 pasting of Mark Hughes’ struggling side. John Terry scored to add some unwanted spice to the fixture.
His kindred spirit was also among the goals this weekend. Luis Suarez’s brilliant treble included a goal that would be repeated for fifteen years were his name ‘David’.  Liverpool brushed aside Norwich with the kind of assured performance that is conspicuous in its absence in their home displays. 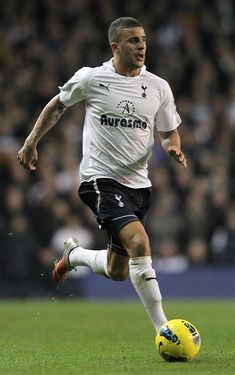 Having failed his open audition for the England job, Harry Redknapp at least knows that Europe’s premier club competition is in sight once again.
Spurs brushed aside an abject Blackburn team – they didn’t muster a single effort on goal – to capitalise on Newcastle’s horror show at Wigan on Saturday. Kyle Walker’s right Umbro GT II was in particular focus after the PFA Young Player of the Year’s stunning free-kick sealed the win.
Swansea and Wolves served up a 4-4 draw in a pulsating game/display of rank bad defending, depending in your viewpoint; Wolves fans will wish their highly-paid stars had shown more fight when it actually mattered.
Fresh from his starring role in another 4-4 draw last weekend, Everton’s brilliant Nikica Jelavic grabbed another brace as the Toffees spanked Fulham 4-0 at Goodison Park; David Moyes will be wondering just what his side might achieve if they could e anything other than garbage in the first half of every season.
And so to Manchester. When City won 6-1 at Old Trafford earlier in the season, few would have thought that when the sides met again it would be Manchester United in pole position, but to the neutral it is the kind of scenario that makes for compelling viewing.
With so much hype and so much riding on it, don’t be surprised if the contest is far from a classic, or if the men in red serve up an anticlimax to the season by nicking a win.

Written By
Kyle Elliot
More from Kyle Elliot
When you need to be agile and lethal in the box, the...
Read More