After an international break that seemed to last an age, the Weekend Review is back to round up this weekend’s Premier League action! 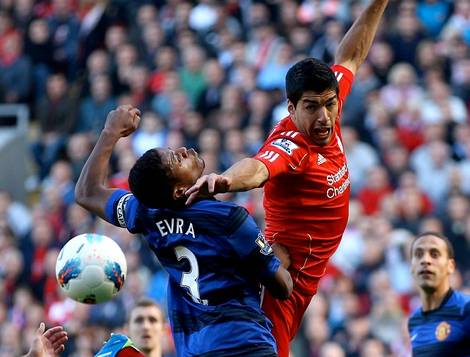 Racism? Nah, Suarez and Evra fell out over which one of them got to be Neo when they re-enacted ‘The Matrix’.

The weekend’s big clash remains in the news, but sadly not for the football that was on view. All the actual game revealed was that even a manager as revered as Alex Ferguson can get his selection wrong and that while Ryan Giggs won’t duck a confrontation outside a restaurant, he will duck when asked to stand in a wall.

The net result is that Manchester City now sit atop the Premiership following a comprehensive dismantling of Aston Villa. James Milner’s strike against his former club was the pick of the goals, but his non-existent celebration brings up an old subject; it’s all well and good – and decidedly pleasant – to not celebrate a goal when visiting a ground you used to play at, but shouldn’t you share a moment of joy with the fans of the club who now pay your wages?

Milner is ever the model pro, so perhaps it’s best to leave it alone when the contrasting actions of Emmanuel Adebayor in the same stadium are recalled. But isn’t there a middle ground? 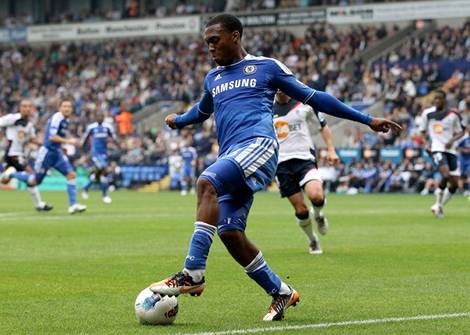 Sturridge: Now seems to be the best Nike T90 Laser IV wearer in the Premier League.

Chelsea kept up the pace with a straightforward victory over Everton, Daniel Sturridge cementing the view that he is probably fast becoming their main striker. Andre Villas-Boas’ quiet revolution gathers momentum each passing week.

Stoke’s good season continues, a 2-0 win over struggling Fulham secured thanks to Jon Walters and Rory Delap. While Tony Pulis starts to entertain notions of a good top-half finish and a long European campaign, Martin Jol will no doubt be reminded that Fulham once had such lofty experiences of their own.

On Sunday, Arsenal beat Sunderland thanks to Robin van Persie’s super free-kick; the Gunners captain saw what Seb Larssen came up with to equalise his first-minute goal and decided he could match it. 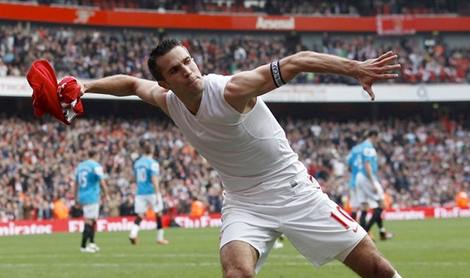 Lee Cattermole deserves special mention for keeping the scores level at 1-1 by somehow picking out a human body when a gaping goal was at his mercy before half-time.

Newcastle’s brilliant unbeaten start to the season was preserved by Shola Ameobi. The occasional striker hit a stunning shot across Brad Freidel with four minutes remaining to grab a point in an entertaining match.

Spurs had overcome their hideous away kit to twice lead, first when Adebayor was felled by Steven Taylor for Rafael van der Vaart to score from the spot, and, once again when sub Jermain Defoe did what he can only do – get his head down and shoot.

If he’d not repeated the habit with a minute left, and instead looked up he would have had a choice of two unmarked team-mates better placed. Still, it’s a striker’s instinct, apparently. Surely it should also be a striker’s instinct to know when to pull the trigger and when to set up a colleague for a tap in?