The North London Derby, a Merseyside Clash of the Titans and all the 16 other teams in action; it was a massive weekend in the Premier League, make no mistake. 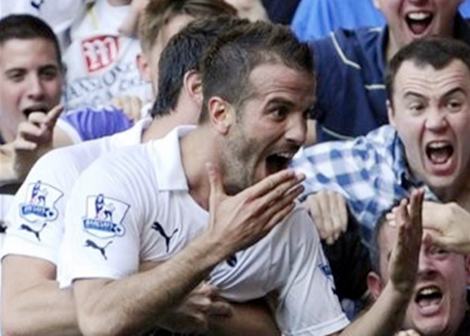 Rafael van der Vaart’s game of ‘peek-a-boo’ takes a turn for the delightful.

Spurs may never leave a worthwhile impression on the top three, but they can win the all-important battle for fourth place – and take considerable pride in the knowledge that they are now better than Arsenal.

The North London derby these days must bring a strange sensation for Gunners fans – they begin the game as underdogs – and although Aaron Ramsay cancelled out Rafael van der Vaart’s opener, Spurs duly ran out winners thanks to Kyle Walker’s swerving effort.

In Sunday’s other all-London affair, Fulham made up for their dull start to the season by thumping QPR 6-0. When fit, Andrew Johnson has always been a decent Premiership striker, and his hat-trick came as no surprise following his brace in Denmark earlier in the week. 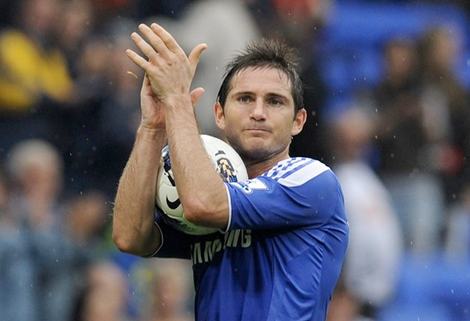 Lampard: 5 Chelsea hat-tricks, still yet to discover an elegant way to carry the match-ball.

Frank Lampard might be slowly on course for pasture, but he showed everyone his goalscoring pedigree with his own treble in Chelsea’s thumping win at soon-to-be managerless Bolton. Lampard is the Premiership’s all-time leading midfield goalscorer, and only a fool would bet against him  adding quite a few more yet. Daniel Sturridge set the 5-1 victory in motion, reminding Bolton of the gem they helped to polish.

The Merseyside derby was ticking along quite nicely until referee Martin Atkinson ruined things by sending off Jack Rodwell for tackling Luis Suarez. Liverpool could afford to miss a penalty and still run out 2-0 winners. David Moyes was justifiably apoplectic afterwards; refereeing decisions are one thing but when Andy Carroll scores again you, you know you’re down on your luck. 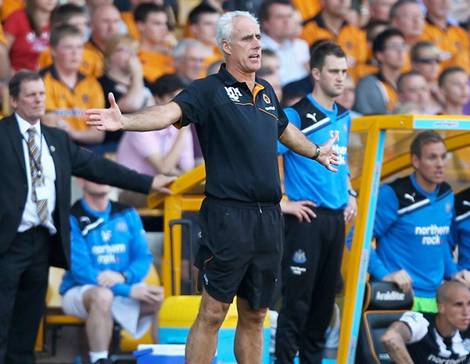 Also down on their luck were Wolves at home to flying Newcastle. Demba Ba’s opener and Jonas Guittierez’s brilliant goal ultimately gave the Magpies the win in spite of a late fightback from Wolves, who pulled one back though Stephen Fletcher and looked to have equalised thanks to Kevin Doyle. A linesman who had no way of knowing the ball was out of play before the goal decided it was anyway.

Aston Villa’s solid if unspectacular start to life under Alex McLeish shows no sign of stopping just yet. Gabby Agbonlahor and Darren Bent’s quality proved too much for Wigan, even if they were unlucky not to be awarded a penalty. Alan Hutton is made of Teflon at the moment. 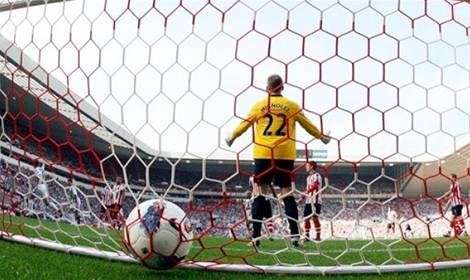 Those Sunderland fans who bothered to turn up were making for the exit signs after 6 minutes of their game against West Brom, who were gifted a two-goal lead. While Steve Bruce’s side fought back to get a draw, all is not well at the Stadium of Light.

Norwich were rewarded for an enterprising performance at Old Trafford with a 2-0 defeat which could have been so much better if decision making in front of goal had been Premiership class. Manchester United are better than most at soaking up pressure and then capitalising.

Manchester City were keen to put Carlos Tevez out of sight and out of mind on Saturday, but despite not even acknowledging his existence in the team sheet, his name was still brought up by pundits more than any player on the pitch.

City survived a rocky few minutes as Puma new-boy Sergio Aguero hobbled off in the opening exchanges, but soon found their usual, ruthless stride as they put Championship-bound Blackburn to the sword. Steve Kean a top-flight manager? Nah.