After such a monumental Sunday, the other fixtures fell by the wayside this weekend.

This iconic image will forever remind everyone of Manchester United’s lax approach to scoreboard maintenance. Shameful.

Reflecting a scoreline more fitting of Pro Evo, ‘Manchester 13, North London 3’ was one of the predictable headlines after Arsenal and Spurs were both mauled over the weekend.

Anyone who plays Pro Evo, complete with its absence of proper team names, will have seen that kind of full-time score before – especially if they have a younger brother or sister who has no real idea what the console in their hand does.

There was something a little cruel about both games – in each match one of the teams was hopelessly out of its depth while the other was toying with them. Nani even pulled off a perfect Pro Evo dink that bounced well before it crossed the line. It was both beautiful and horrific at once.

Arsene Wenger needs to stop spending Southampton Tax on overrated young wingers who might become good and go and spend money on players who are top class now; if not, his principles will be his downfall. Pretty football with a spine made of jelly gets boring after a while, especially when you do have money in the bank. 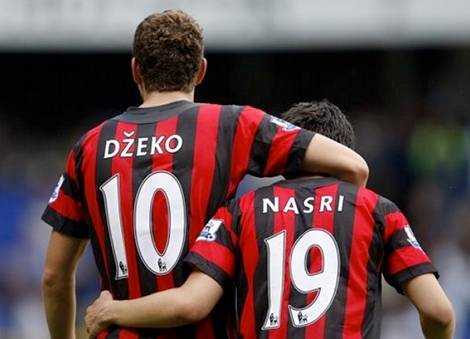 For Spurs, the season to date has been a harsh confirmation of what many fans probably knew already; they are lightyears behind. They’ve been spending millions for years, with a Carling Cup and brief foray into the Champions’ League to show for it. It must be a bit depressing to know that in the new world order, even that might now be beyond them. Harry Redknapp’s public ' whining is already cranked up to full throttle after just two matches, so he is well aware of it, too.

The sad thing is that both scores demonstrated the enormous gulf between Manchester’s finest and everyone else – and that’s not good for the game. The red half of Manchester can look down their noses at their nouveau riche noisy neighbours, but they’ve benefitted from having a larger budget than most clubs for years.

Until the playing field is levelled out – by salary caps, budget restrictions or whatever else – this is how it will remain.

Written By
Michael D
More from Michael D
Fresh after warming the bench during the international break, the Weekend Review...
Read More