The enduring vision from Saturday's clash between Arsenal and Liverpool wasn't of Suarez celebrating the decisive second goal, or even of Frimpong as he was sent off (and it was pretty clear to anyone watching that it was only a matter of time before he saw red after he stupidly blocked Jordan Henderson's attempted quick throw and then kicked off as though Henderson had wronged him). 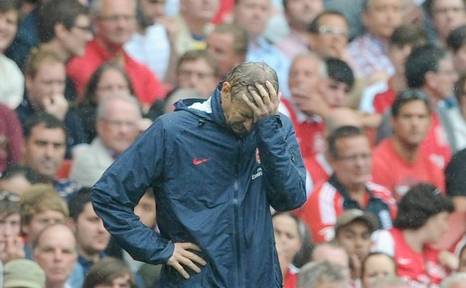 It was of a soaked Arsene Wenger scratching his head/trying to shake the rain out of his hair. (If the latter it was all the more bizarre as the jacket he was wearing had a hood.) For a man who has achieved so much in the English game, he looks bereft of inspiration. The admirable policy of promoting youth is all well and good but that needs to be complemented by established, experienced players who can drag a team along when the pretty passing isn't working. It might go against his principles, but sometimes it's needed.

North East bragging rights went to Newcastle who weathered a fair amount of pressure from Steve Burce's Sunderland before Ryan Taylor's floated free-kick eluded everyone ” that includes you, Steven Taylor. He of previous acting infamy did all he could to make out he got the vital touch. He didn't. 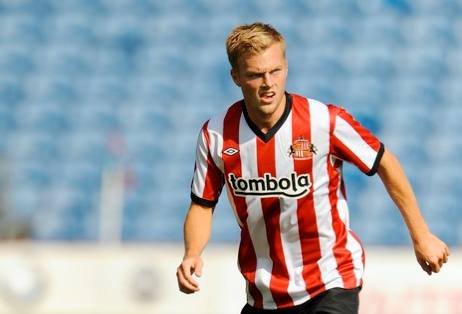 Speaking of acting, Seb Larsson could look at treading the boards once his playing days are over. He performed a wonderful it hit me in the face„routine to the linesman after he had earlier palmed away Joey Barton's close-range header. Joey doesn't need much incitement to get excited, but he had every right to be a bit animated after that one.

Chelsea had Shane Long to thank for their victory over West Brom in the evening kick-off. The Baggies striker scored a delightful opener against a clumsy Chelsea, but when given the opportunity of making the simplest of square passes to strike partner Somen Tchoy to double the lead, he inexplicably belted the ball across the face of the goal.

They were made to pay. Nicolas Anelka equalised early in the second half before Florent Malouda grabbed a late winner. 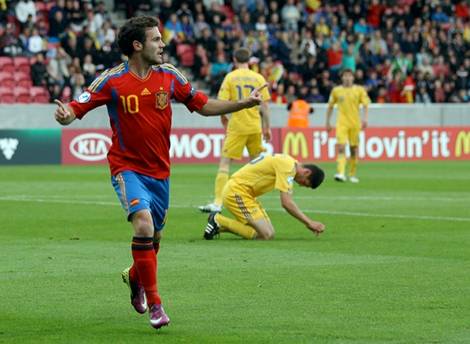 Juan Mata looks towards Stamford Bridge, where Chelsea look to cause a stir by fielding the Premier League’s first ever starting-XI composed entirely of attacking midfielders.

Chelsea fans will be starting the week salivating at the prospect of Juan Mata's arrival from Valencia. He won't necessarily add the width they are crying out for as he tends to float in a David Silva-esque role, but he has undoubted quality and can only improve what has looked like a limp and static midfield so far.

Speaking of which, the silky Silva turned in another man of the match performance on Sunday, opening the scoring for Manchester City in a thrilling game at Bolton, where Roberto Mancini's men ran out 3-2 winners to top the table ahead of Wolves on goal difference.

Mick McCarthy's side effectively sealed their win at home to Fulham in the space of three first-half minutes just before the interval, with Kevin Doyle and Matt Jarvis pouncing in quick succession to settle the game.

It was also a good weekend to be a newly-promoted club, with QPR, Norwich and Swansea all putting points on the board. Norwich were on the verge of embarrassing Stoke City until Kenwyne Jones rescued a point for the Potters, whilst there was to be no such heroics from an Everton side desperately lacking in imagination as they were beaten at Goodison by the freshly-bought QPR.

Spurs will be going into their first league game of the season this evening at Old Trafford minus Luka Modric, if reports are to be believed. It's not the easiest of places to go at any time of the season, let alone when the only game you've had is a glorified training session in a stadium in Scotland. The absence of the player who keeps Spurs ticking will make it an even harder task.

Reports from various news sources say Modric’s ‘head is in the wrong place’. We don’t know about you, but it seems to us the Croatian schemer’s permanently-confused expression suggests he’s not entirely sure where ‘the right place’ is!