It’s back! The new English Premier League Season has been hyped to high heaven; new gaffers, international superstar arrivals and departures and promising new teams promoted – but all the glossy magazines and big-budget ads seem to have neglected to herald the return of the real highlight of a new season; the Footy-Boots.com Weekend Review (odd, that). 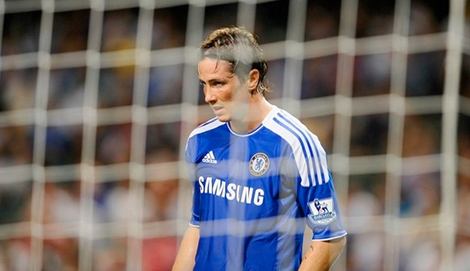 At Stoke, Fernando Torres was chosen ahead of Didier Drogba in Andre Villas-Boas’ first Chelsea side and played well enough to get man of the match for some TV pundits. It must be a first for a striker to get the award in a 0-0 draw over, say, Asmir Begovic who managed to deny a strikeforce worth more than the GDP of several small European countries.

Later on in the day at The Hawthorns, a slim-line Wayne Rooney didn’t take long to get off the mark, firing Manchester United ahead before Shane Long equalised on his debut for West Brom. (David De Gea can expect a bouquet of flowers this morning.) Just as it looked like the champions might be held, Ashley Young popped up on the left flank to provide a cross that was deflected in to give them the win. Normal service resumed.

Saturday – the actual opening day of the 20th Premiership season – felt like a massive anticlimax. Granted, the whole thing exists and is sustained because of the TV industry that markets it; but an already depleted Saturday fixture list was reduced further thanks to the out-of-hours ‘buy none get twelve pairs of trainers free’ shopping requirements of a few residents of Tottenham. 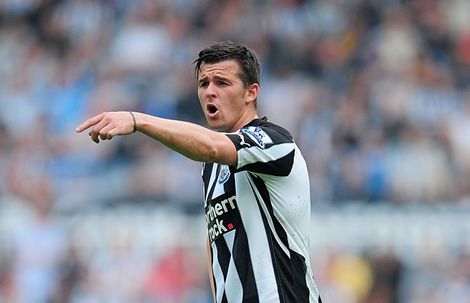 Barton wore a custom pair of football boots this weekend – a close-up is on our Facebook Page!

It meant the biggest talking point of the day was Joey Barton. The loveable Newcastle scamp was the victim of some pretty horrific challenges against Arsenal, but goes down as the first player in history to appear concussed after being tickled. Gervinho’s gentle stroke of Barton’s cheek helped to divert attention away from what was otherwise a drab game.

Liverpool began brightly at home to Sunderland before fading badly. Luis Suarez’s missed penalty was forgotten when he headed the Reds into the lead, but Seb Larsson’s wonderful equaliser meant the points were shared. Andy Carroll continues to look anything but a £35m striker, but thankfully now looks less like a historical re-enactment enthusiast thanks to the departure of his pre-season neckbeard.

Still, it’s a bizarre transfer policy when you pay through the nose for what you hope a player might become rather than what they are now. 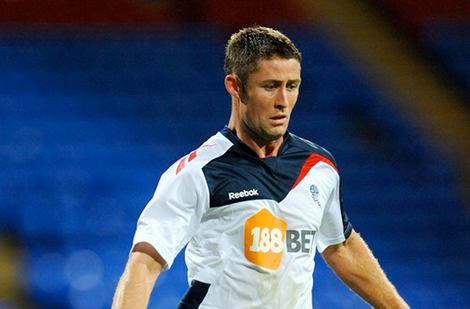 Gary Cahill spent the summer in the new Umbro Geometra football boots, but opted for his trusty Stealth Pro II’s on opening-day.

QPR began life in the top flight on the wrong end of a footballing lesson by Bolton, who tore them apart at Loftus Road with centre-back Gary Cahill getting ball rolling with a finish any striker would be proud of. Fellow new boys Norwich fared much better, picking up a point at Wigan.

Elsewhere, Wolves picked up a great away win at Blackburn ‘Big in India’ Rovers (all that pre-match chicken must have slowed them down…) and Fulham and Villa battled out a stalemate at Craven Cottage.

All in all, it was a pretty underwhelming start to a campaign – and not one for home fans to enjoy in the slightest, with not a single home win. Manchester City fans will be hoping to buck that trend in the Monday night game against new-boys Swansea.

Written By
Kyle Elliot
More from Kyle Elliot
Umbro's latest come under scrutiny as we give you our first impressions...
Read More