Sky˘ ‹Ĺ›Survival Sunday˘€žË turned out to be everything its money men could have hoped for; a pulsating afternoon in which four of the five teams at risk of relegation each went through the mill during the course of the afternoon. 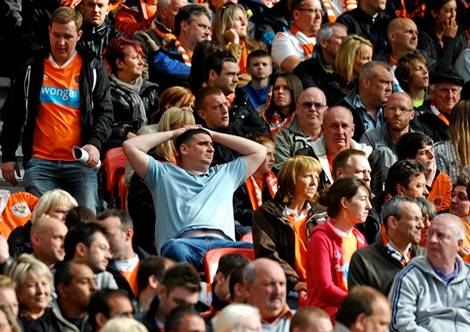 Fans watching from the comfort of their living room were treated to split screens which enabled you to effortlessly move from one asinine analyst to another as the drama unfolded.

As it turned out, Blackpool˘ dreadful second half to the season culminated with a return to the division they vacated last May. Needing a win at the home of the champions on the last day of the season doesn˘€žËt leave you with a great chance of avoiding the drop

Birmingham ultimately joined them, despite Wolves˘€žË best efforts to grab the remaining ticket to the Championship. With Mick McCarthy˘ side making Steve Kean look like a football club manager in the first half at Molineux, where Blackburn stormed into a three-goal lead, Blue Noses dared to dream that if they got something out of their game at Spurs they would be safe. 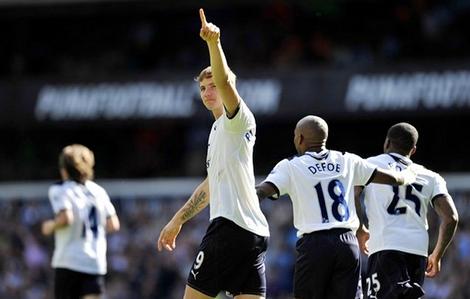 Alas, Wolves mounted a partial comeback to only lose 2-3, and to compound Birmingham˘ misery Roman Pavyluchenko unleashed a last-minute firebolt that dipped so viciously over Ben Foster˘ head that it appeared to have been deflected. It means it will indeed be European football on Thursday, Brighton away on Sunday for Alex McLeish˘ men.

Still, there won˘€žËt be many Championship clubs who can dangle the carrot of European football to prospective signings. (Although Blackpool appear to have won the Fair Play Award so that might yet change.) 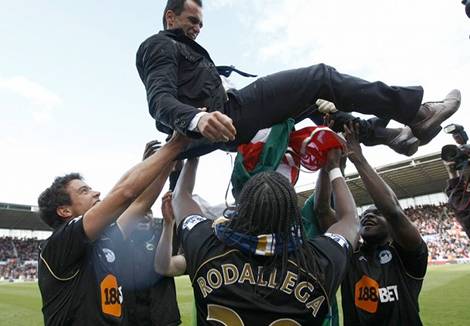 Wigan˘ improbable Premiership tenure will be extending to seven years after they rose to the occasion to beat Stoke and guarantee that we get to see a lot more of Dave Whelan˘ grin for another year.

Nobody paid a great deal of attention to what was happening elsewhere but amidst all this, Carlo Ancelotti perished as the axe came down at Chelsea. Finishing second doesn˘€žËt wash with Roman Abramovich, so the affable Italian will be having a longer holiday than he originally planned.

His side fell to a bizarre goal at Everton that epitomised everything that is Jermaine Beckford; searing pace, lucky-dip touches and a wonderful finish that for distance covered alone should be regarded as one of the goals of the season. That it followed a special effort in which he managed to turn a one-on-one into a throw-in to Chelsea nicely summed him up.

Manchester City secured third place, meaning they won˘€žËt have to play any qualifiers to reach the Champions League proper next season. Arsenal˘ dreadful end to the season at least finished with a goal Ĺ› a last-minute equaliser at Fulham. 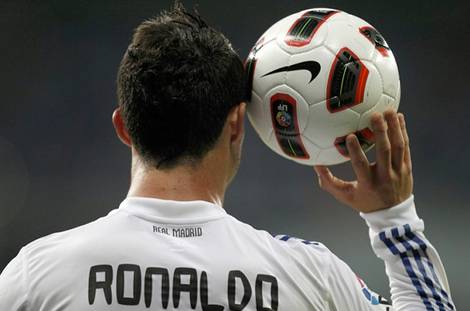 In Spain, Cristiano Ronaldo˘ staggering goalscoring feats in the last few weeks of the season meant that he comfortably finished clear of Lionel Messi in the Pichichi charts. Mind you when you win 33-1 each week, it˘ quite easy to rack up a fair few personal goals. Spanish football for all the strength at the top is punctuated by mediocrity from fourth place downwards'¦

Written By
Kyle Elliot
More from Kyle Elliot
Joma blend speed and control on the Propulsion 3.0, which are sure...
Read More