Leagues the world over are hurtling headlong to their conclusion as titles are being decided, cups are to be won and heartbreak will be suffered with 6 games to go; plenty to discuss on the Weekend Review, then! 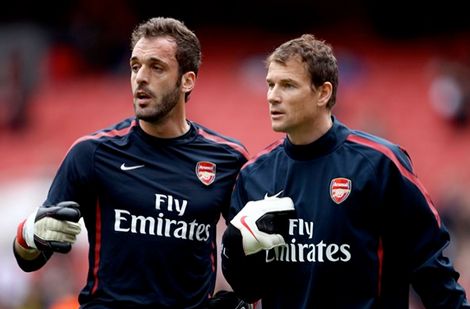 A warm-up injury to Manuel Almunia saw Bob Wilson don his gloves once again as Arsenal kept Manchester United in their sights and in the process pushed Blackpool closer to the drop zone at Bloomfield Road.

Arsene Wenger’s side can do nothing more than win the games in front of them, but Manchester United look to be on course for the title without breaking sweat. Goals from Dimitar Berbatov and Antonio Valencia put paid to normally-tricky Fulham at Old Trafford to enable Sir Alex Ferguson to focus his mind on tomorrow night’s Champions League encounter with Chelsea.

Carlo Ancelotti’s side won’t be looking forward to that second leg with much glee; they laboured to a 1-0 win over Wigan and still struggle to score goals. Fernando Torres’ quality has not disappeared overnight, but he looks a shadow of the player who used to terrorise Chelsea among others. Ancelotti ‹Ĺ›s lot is made harder by the absence of a natural playmaker to feed three similar strikers – unless Yossi Benayoun’s return from injury can fill that void.

Peter Crouch did against Stoke what he couldn’t do in Madrid – stayed on the pitch long enough to affect the game in a positive manner. His brace helped Spurs to a 3-2 win, with all the goals coming in the first half at White Hart Lane.

West Brom’s sparkling form under Roy Hodgson continued at free-falling Sunderland. Despite leading twice, the Mackems fell to Paul Scharner’s winner meaning that their wretched run post- Darren Bent reads at four points – with only 1 point from the last available 24.

Bent thought he had helped his new employers to cement their lead against Newcastle with a crisp finish, but an offside flag meant that Aston Villa had to settle for a nervy 1-0 win. Gerrard Houllier looks like a startled hamster win, lose or draw, but he at least had reason to celebrate three points that relieve a bit of the pressure, even if he will celebrate by talking in that unsettling French/Scouse accent. 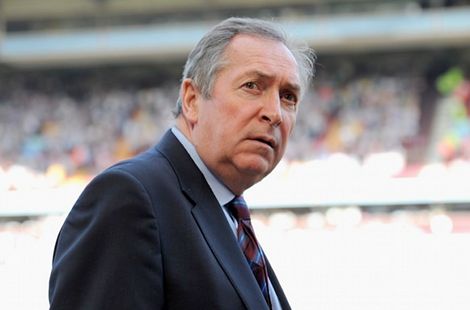 West Ham find themselves back in the trouble after another defeat, this time at Bolton. Daniel Sturridge put on the kind of performance Chelsea could do with from one of their strikers to torment the Hammers. His first goal was exquisite and his second wasn’t too shoddy, as Owen Coyle’s men put aside their imminent FA Cup Semi-Final to focus on the job in hand.

Wolves hammered Everton 0-3, with a wonderful first-half attacking display that saw them go in at the break three goals down. Quite how that was the scoreline will still be puzzling Mick McCarthy; for David Moyes a season that (as ever) started poorly could yet end up with a European place.

Tonight attentions shift to Anfield, where millions of pounds of attacking talent and Andy Carroll go head to head. Liverpool know fifth place might be a step too far, but will want to keep distance between themselves and their neighbours -Ĺ› while City have the chance to go third with a win.

Elsewhere in the world, Barcelona contemplated losing for all of three minutes at home to basement-dwellers Almeria, before Lionel Messi (who else?) levelled things from the penalty spot to set the Blaugrana on course for a 3-1 win.

There was no European hangover for La Liga pseudo-contenders Real Madrid, either as two goals from Kaka and one from Cristiano Ronaldo (who else?) made sure that Barca’s lead in the league remained at 7 points with 7 games to go. 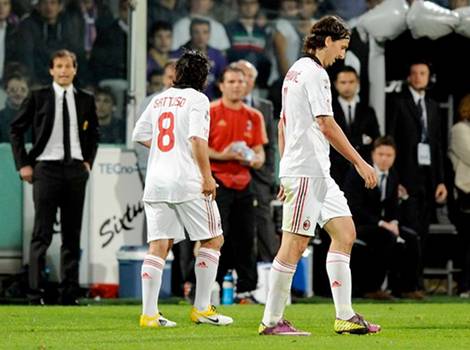 Serie A continued it’s bid for ‘most interesting title run-in’ as only 10 points separate the top 5 teams with 6 games left to play. AC Milan overcame Fiorentina 2-1 to maintain a 3 point advantage to claim a scudetto, but Zlatan Ibrahimovic saw red for the second consecutive game mid-way through the second half.

Currently rallying fans behind him for the ‘Who is Superfly?’ promotion, one can only guess the big Swede has misinterpreted Nike’s ‘Be Fast, Be Seen’ slogan to mean ‘Do something daft, be the first back into the changing rooms’.

Written By
Kyle Elliot
More from Kyle Elliot
adidas are changing the way you can practise free-kicks with the new...
Read More