‘In 25 years I’ve never criticised officials after a match,’ said Harry Redknapp before proceeding to criticise Chris Foy after the referee’s entertaining display at the Britannia Stadium. It’s rather like his ‘I don’t talk about other clubs’ players’ when he is sat in his car outside the Spurs training ground talking about the players he is trying to sign. 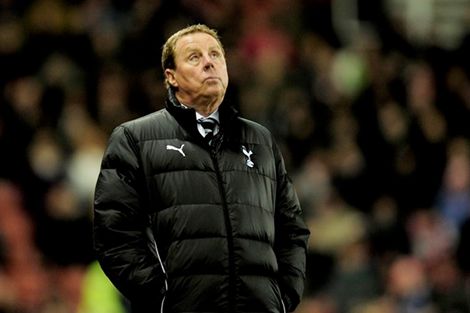 ‘Arry looks to above for some help in breaching Stoke’s back four. Or he’s keeping an eye out for HMRC spy drones. Probably the latter.

Spurs had every right to feel hard done by with a couple of notable decisions, but it’s not Foy’s fault that they started so badly and took ages to get going against opposition they knew would be in their faces from the off. A great run comes to an end, but Redknapp knows his side is capable of putting a similar one together and should still be full of optimism for the rest of the season.

Martin O’Neill’s return to jumping on the touchline looked like it was going to be low-key until David Vaughan’s intervention with a handful of minutes remaining against Blackburn. The Welsh international’s cracking strike left Paul Robinson rooted to the spot. A point saved soon became two gained, when Seb Larssen’s free-kick sent O’Neill into an excited jig.

Wayne Rooney scores only his second and third goals since switching to the Laser IV.

Saturday’s games saw Manchester United spank Wolves, and Alex Ferguson will take as much from Wayne Rooney’s return to the goals as he did the scoreline; the England striker has had a good few days following UEFA’s decision to reduce his ban for next summer’s Euros.

Arsenal kept in touch at the top by virtue of a stunning volley from Robin van Persie. The Dutch striker needs three more Premiership goals to match Alan Shearer’s calendar-year record, and you wouldn’t bet against him doing it. Except now that we’ve put that into words, you can bet he won’t. 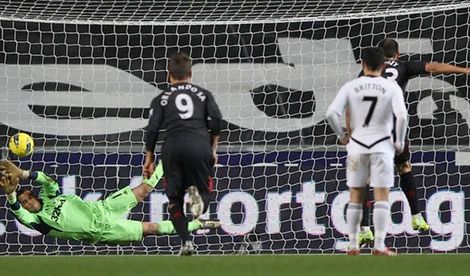 Vorm could do this all day. Lying Down. With his eyes shut.

Elsewhere, Wigan pulled off another away win at West Brom, while Swansea held off Fulham, for whom Clint Dempsey had an afternoon to forget. Newcastle’s defensive injury woes were on full display at Carrow Road, where Grant Holt licked his lips and cashed in with a brace in a 4-2 win for Paul Lambert’s men.

Tonight attention turns to the biggest game of the weekend (we get it’s a Monday), as Manchester City travel to Chelsea. Roberto Mancini’s side will be hoping to continue their amazing start to the season with a victory which would effectively end Chelsea’s title hopes before Christmas. 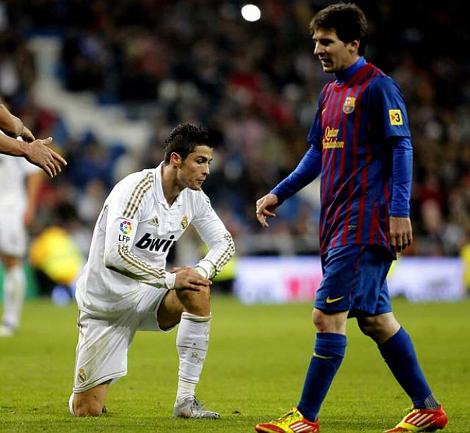 Take a knee, Cristiano. Real Madrid were humbled in a juddery, unpredictable Clasico.

In Spain, El Clasico got off to a cracking start as the favourites (that’ll be Real Madrid) stormed into an early lead with the fastest goal in the big match’s history from Karim Benzema. Cristiano Ronaldo then contrived to miss a gilt-edged chance and was made to pay; Lionel Messi’s run and threaded pass was converted brilliantly by Alexis Sanchez.

Messi is such a joy to watch that you always want him to be on the pitch for every minute of every game. The referee obviously felt the same way, as when the booked Messi produced another foul just before half-time the referee reached for his pocket before remembering who he was about to show a second yellow.

Barca duly capitalised, and although they lacked the rhythm of recent matches against their great rivals, they completed a convincing win at a canter in the second half.

Written By
Kyle Elliot
More from Kyle Elliot
Accompanying the new Black-out adiZero is a white-out version of the popular...
Read More