It’s one of THE club games in world football. Most of Spain will come to a standstill and fans from around the globe will watch on with interest. It’s El Grand Clasico, El Derbi Espanol or simply El Clasico….Barcelona v Real Madrid.

First played in 1929, the match up between these two giants has become one of the highlights of La Liga. And this time round, it has an even greater importance with Madrid on top of the table just one point clear of their Catalan rivals. 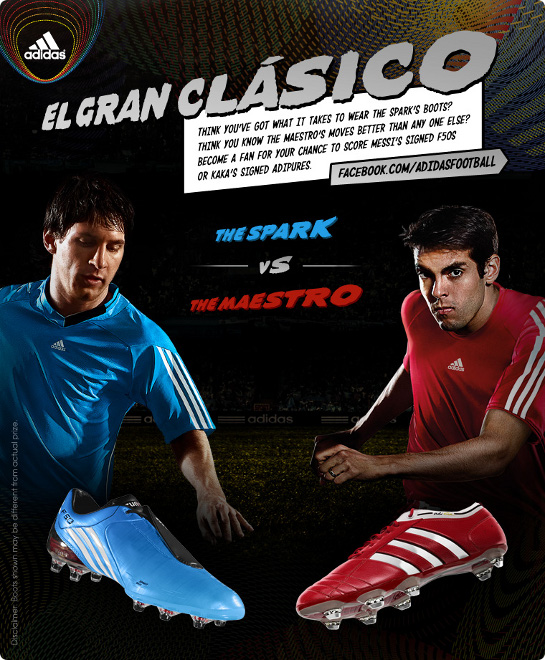 And if that wasn’t enough, adidas have added a touch more spice by deeming that the game represents The Spark v The Maestro – Messi v Kaka, a reference to the ‘Every team needs….’ campaign which has been running over the past few months.

The head to head between the two adidas ambassadors, Messi in his modified F50i’s and Kaka in his bespoke adiPure II’s is another intriguing part of this fascinating rivalry and could also see you winning signed boots from both players and additional prizes for your friends. 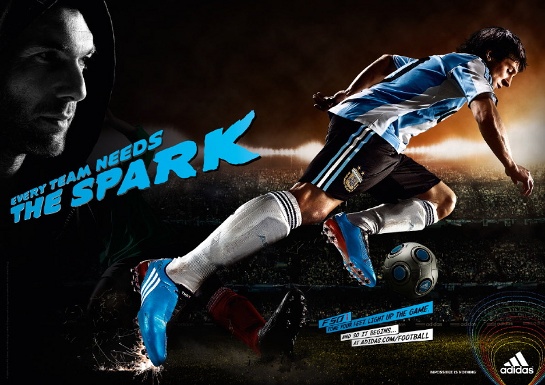 Just go to the adidas facebook page (and while you’re at it check ours Footy Boots Facebook), sign on before 1900 CET on Sunday and answer the simple questions.

The last two league encounters have gone the way of Barcelona. In December last year they ran out winners 2 – 0 then followed that up with an astonishing 6 – 2 win away from home in May 2009. The five previous matches ended in draws or victories for Real Madrid. And its not as if we’ve been wanting for goals with the last ten meetings producing an average of 3.8 goals per game! 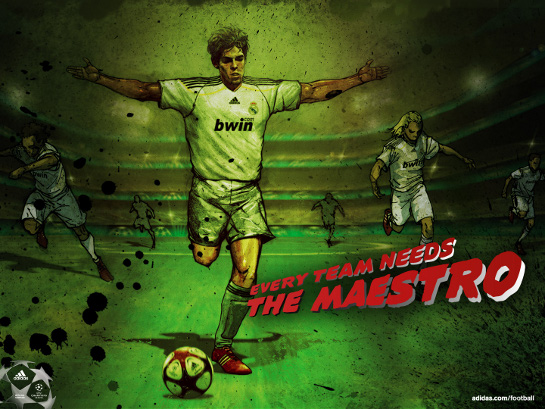 But of course, past results and scorelines will count for little on Sunday. The Nou Camp will be packed to the rafters for the 155th league meeting between the two teams but the first involving both Messi and Kaka. It’s The Spark versus The Maestro and it’s gonna be big!

And we want to know your opinion on who will come out as the winner. Vote in our poll below and / or write a comment to back up your choice. [poll=29]

Written By
Felipe
More from Felipe
Despite his sides 1 - 0 win in Spain, all the talk...
Read More