Ever since disappearing into bankruptcy last year, the Concave brand has all but disappeared in the form we once knew it. But in Australia, however, the performance-boosting boot could be preparing to strike back.

The ‘demise’ of Concave as a force in the UK and US was as fast as it was unexpected. One moment the brand was signing (then) Manchester United duo Wes Brown and John O’Shea, expanding it’s distribution to Kitbag and other online retailers and setting up demonstration stalls across the country – the next it was financially inviable.

But – much like Nomis before them – Concave still exist in their ‘native’ Australia. But whereas Nomis found solace in Rugby League, Concave have proven to be a firm favourite amongst Aussie Rules Football players.

In a game that requires huge kicks and huge hits, it seems the Concave ethos of 15% more power and metatarsal protection has finally found it’s niche. 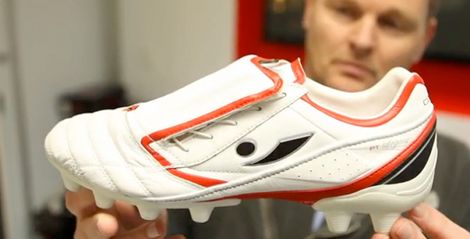 Dealing more with independent sports retails and their own concavestore.com, Concave seem to have avoided one of the major pitfalls of their previous foray; a binding retailer-exclusivity deal with UK chain JJB Sports.

As well as the PT+ and the (sincerely excellent) PT Classic getting a second chance at life, Concave also have a new boot in the works. Set for release later this year, the Concave PT Legacy offers a new take on the tried-and-tested concave technology. 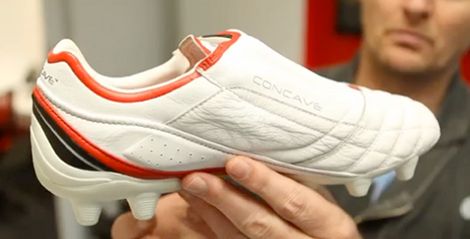 Set on a foldover lace cover – similar to the Puma v1.11 – the PT Legacy seems to have a much more generous instep than it’s ‘boxy’ predecessors, whilst retaining the excellent K-Leather that chacterised the PT Classic.

Written By
Kyle Elliot
More from Kyle Elliot
The Mizuno Basara TC 001 are the latest boots to go under...
Read More