But the one that we couldn’t wait to share with you all is the most uncommon boots of the World Cup – which boots are only being represented by one player?

Here’s some of our favourites! 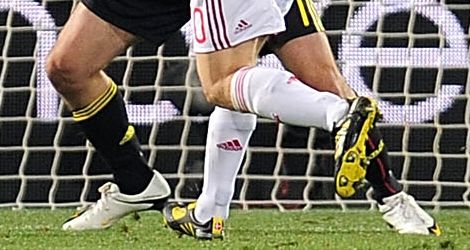 Tomas Sorensen unfortunately couldn’t do much about two of the finest free-kicks the tournament has seen thus far last night. However, credit to him for being the only man in the World Cup to be wearing the Nike Mercurial Talaria V. The sibling boot of the Vapor V, the Talaria’s lack the Flywire and lace cover of their bigger brothers.

Could this mean the Dane could also be wearing the boots with the cheapest RRP in the whole event? Maybe the Nike iD customisation helps him avoid that honour!

Argentina’s Martin Palmero isn’t one of the more household names in the star-studded Argentine squad, but the Boca Juniors man sure knows how to draw attention to himself!

Netting a rebound against Greece is one thing, but doing so in a pair of as-yet-unannounced football boots? We like this guy! The boots in question seem to be the next in the Puma King line, characterised by a distinctive new tongue! 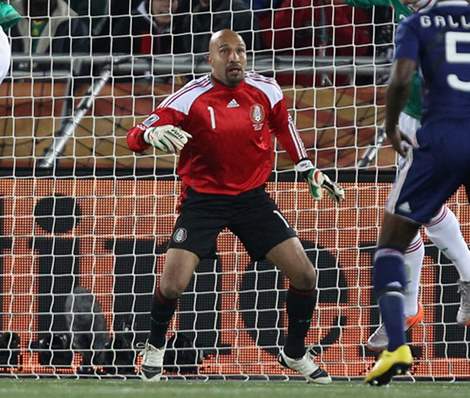 Mexico‘s Number One Oscar Perez has produced a string of impressive displays against Mexico’s opposition in Group A. In doing so, he’s been a great endorsee for Under Armour football boots. Previously switching between the Dominate Pro and the Create Pro I, Perez has stuck with the more classically styled Dominate Pro.

Perez also stands alone as the only player in the Dominate Pro boots, with the other small handful of Under Armour players opting for the Create series. 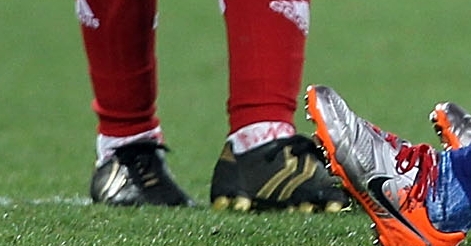 Long-time Hummel fan Rommedahl is the sole endorsee of the Danish brand at this summer’s big tournament – a shame when you think 3 decades ago pitches would be full of iconic old-school brands such as Hummel and Patrick.

As with Sorensen, it’s a shame as now Denmark are out of the competition, there’ll be no further exposure for these classic football boots. 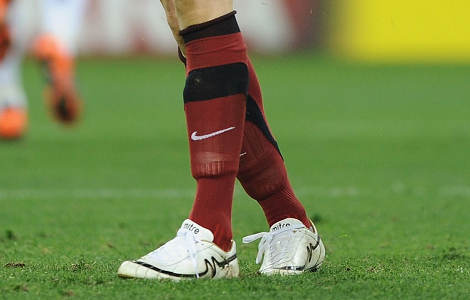 Another player to go out the competition who was their brand’s only man at the World Cup was Australia keeper Mark Schwarzer.

Opting for the little-known Mitre Rafale football boot, Schwarzer clearly has very specific tastes. Mitre tell us that the Rafale is a boot that combines comfort and accuracy with the ball – so it’s easy to see why any keeper would want a pair!

If there’s one real shame about France going out of the World Cup, it’s that the summer’s big tournament is now officially Bikkemberg-less.

We’ve always had a soft spot for the ‘bergs and the general bonkers-ness that surrounds the concept, so to see this lovely pair of Tirosegno‘s packed up and on the plane home is a real shame.

Still – it’s pretty incredible for them to have appeared in South Africa in the first place – Squillaci is the only Bikkembergs wearer in the compeition and isn’t a first choice player for Les Bleus, so we should just be grateful they did get a cameo! 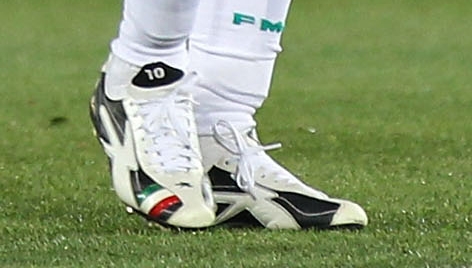 Concord pride themselves on creating boots for aspiring players who are on a restricted budget – so they make boots that look just like the other best-selling boots on the market (to give you an idea of what I’m talking about, their latest line all have bright Orange heels and silver forefeet – and I don’t think it’s for ‘Visual Performance!’)

So to see Senor Blanco in a somewhat-original looking pair of Concords is more of a credit to what the brand is about, we especially like the Mexican flag detail on the outside of the toe! 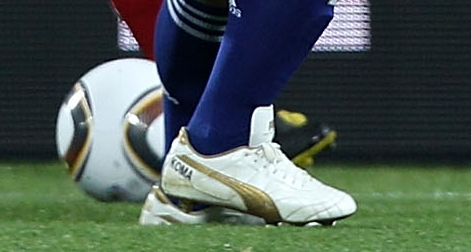 Seen here on the feet of Japan defender Uichi Komano, the Puma Para Mexico is lighter than the Puma King XL and – by all accounts – has a slightly wider fit (something we’d discovered is a feature on Mizuno Football Boots!).

But despite the presence of 3 teams from that part of the World, Komano is one of only 2 players wearing the specialist boot!