The Nike football boots you see on the shelf in your local sports shop may not be the same as the ones the pro’s use. So when your favourite ‘star athlete’ is seen plugging a boot, which isn’t the same as the one you buy, should you be concerned? We put Luca on the case….. 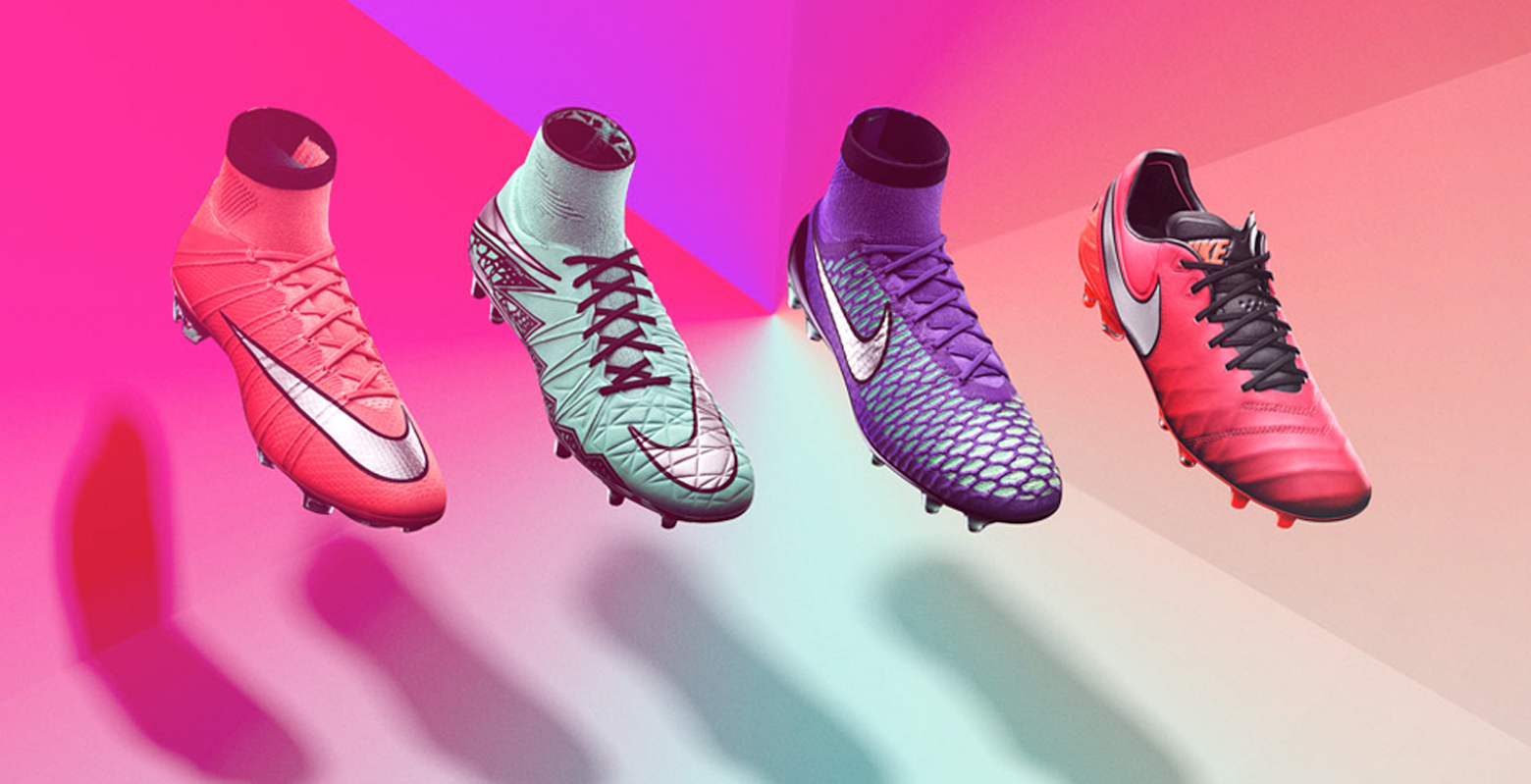 Since entering the football market in 1971, Nike Football have always made sure their players have what they need to perform on the biggest stages. However, sometimes what Nike offers their professional players is not the same as what is sold to the public.

Whether the introduction of a FlyKnit material, or the new Dynamic fit collar has revolutionised football boots forever or not, it is certainly one that is causing pro players to make drastic changes.

Nike has done very well by offering low and mid cut versions of their FlyKnit / Collar models, giving everyone an option. The issue that remains though, is that if you do not like one, you do not get the other… it’s both or none. The response many professionals have is through a pair of scissors, cutting the collar off the mid-cut boots and getting a low-cut flyknit shoe with of course the inclusion of brio cables!

Players like Isco, Kovacic, and Vidal have all done this. Even their Mercurial man himself, Ronaldo, doesn’t wear the full length dynamic fit collar but a half-length version of the collar.

If something works, don’t change it. Many of Nike’s veterans opt out of the basic stud patterns offered nowadays and ask simply for the pattern they like on the shoe Nike makes. Many players such as Iniesta, Turan, Neymar, Pirlo, Totti, Hazard and Rooney all have or had custom soleplates. This usually isn’t even noticeable and Nike isn’t worried because the public still sees their pros wearing their cleats.

In 2015 Nike introduced the next-generation Hypervenom Phantom. A lot of hype was behind this boot and it fell very short. Praised by many, the first generation was truly revolutionary, but the new update sure has the pros unhappy. Players like Thiago, Isco, Adriano, Kovacic, Rooney, Julian Weigl, Mandzukic, and Aubameyang have all either switched out of the Hypervenom completely, gone for the Phinish or have modified their cleat.

I won’t even touch the Neymar situation as that itself is a whole story, but even he and other key hypervenom players no longer even wear the Hypervenom II but camouflaged versions of it.

Nike is still a giant among the Soccer world, that is without a doubt. However the Swoosh is having numerous issues with their professionally issued cleats, should they be more cautious in the future? Can they lose contracts due to this? Will this affect their worldwide sales? All are big questions and no one really knows the answer, guess we’ll just have to continue keeping an eye on their ‘star athletes’ to find out.

Written By
Luca Natale
More from Luca Natale
With the outdoor temperatures plummeting, the migration to artificial pitches is imminent, so...
Read More