This Past August the Annual Manchester United Premier Cup tested the best young players on the planet to find which is the best under-15’s side in the World! 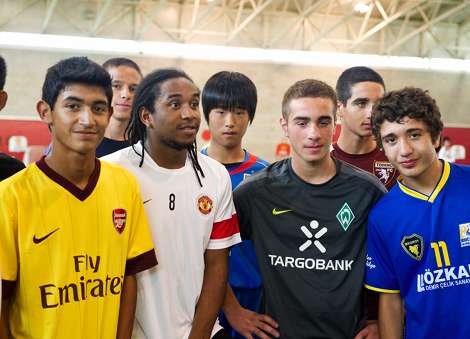 For those not in the know, the Manchester United Premier Cup is the biggest – and best Ĺ› football tournament for under-15 football teams in the world. A chance for young footballers to live the dream of international football, and prove they have what it takes to become the stars of the future.

Now in it’s 5th year at Old Trafford (and 14th overall!) the MUPC offers youngsters from grassroots teams Ĺ› to some of the biggest football clubs in the world Ĺ› a chance to compete in a high quality competition against the very best of their peers. T

he numbers of teams participating increases year on year and over the past twelve months over 9,400 teams have fought their way through local, national and regional tournaments for the ultimate prize: A chance to follow in the steps of football legends and play to win at United˘ ”Theatre of Dreams” to become the MUPC Champions of the World! 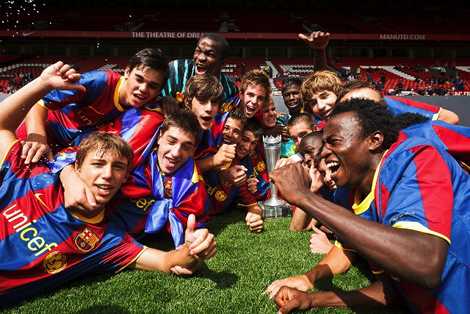 This year’s tournament whittled down the competition to FC Barcelona and Pachuca FC of Mexico in the final, which Barcelona won 3-1 to claim the crown.

Rio Ferdinand and Sir Bobby Charlton presided over the on-pitch presentations and Ferdinand added: ”I played in many youth tournaments as a lad and I can honestly say, whatever age you are Ĺ› the feeling is exactly the same. You work hard and reach the final in an important competition and, when you win, it is the best feeling in the world. Nothing can touch it!

Sir Bobby Charlton continued to share the teams˘€žË celebrations over at Manchester University˘ Armitage Campus and enthused: ”I˘€žËve really enjoyed watching this competition over the years – and am always impressed that it is something special and something we get very right. I˘€žËd like to thank Nike for the opportunity to partner them in hosting this competition around the world.” 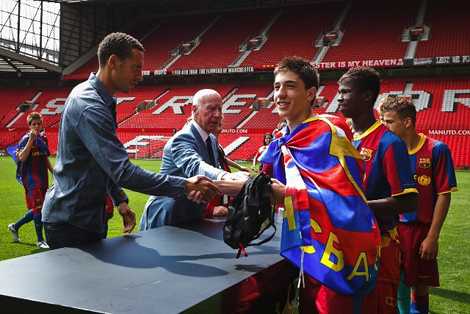 He continued to congratulate all twenty teams for a ”magnificently high standard of football played in the spirit of ”fair play”, particularly the talented young runners-up from Pachuca and the youngsters from FC Barcelona who ”upheld the style and traditions of a famous club with honour.”

Around the world preparations are already underway for the journey to start all over again Ĺ›but right now, for the third time, FC Barcelona are Manchester United Premier Cup Champions of the World!

Written By
Kyle Elliot
More from Kyle Elliot
Bringing you closer to the new F50 than any other website, we...
Read More