As part of the Messi’s trip to the UK, our friends at adidas made sure that Footy-Boots.com got some time with one of the greatest players in the world today. Less than 24 hours after scoring 2 goals in the UEFA Champions League for Barcelona, Messi had to face an even bigger challenge – answering your questions! 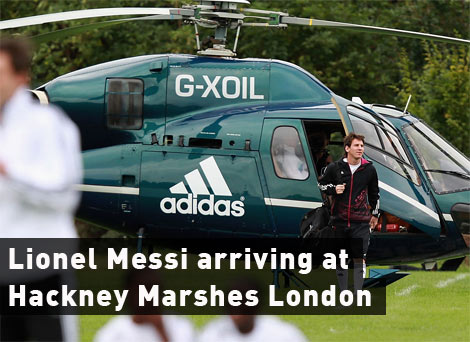 FB: You’ve worn the adidas F50 range for a long time – why choose them over every other type of football boot?

LM: For me, they have always been the best – the answer is simple, for me they are the best boot I have ever worn.

FB: What’s your favourite thing about the new F50, the adidas F50 adiZero?

LM: The lightness when it’s on your foot is very good. And also, the fact that I was constantly involved in the boot’s development was very important – I enjoyed helping design the boot.

FB: As a professional, you must get to try out new types of football boots all the time. When you get a new pair of boots what’s the first thing you do to break them in?

I will also sprint without the ball, as I like to know how the boot feels when I’m running; it’s important to know if it is comfortable when running. 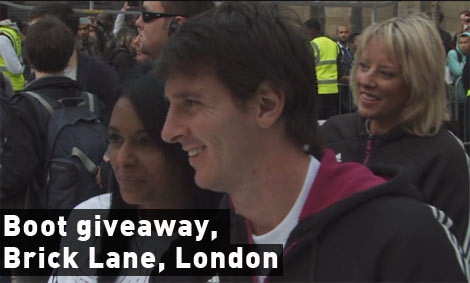 FB: After you have played a good game, do you have any superstitions or traditions that you carry over to the next game, such as wearing the same shirt or boots?

LM: No, I don’t actually have any! I know many players do that, but I don’t have'  any!

FB: What keeps you motivated to play, even after you have won nearly everything with Barcelona?

LM: I always want to repeat the feeling of winning the titles, winning titles makes you want to do it again and again because it is very special.

In football, every time you play on the pitch, you should always want to win.

FB: Who’s the best players that you have played with and against?

LM: Deciding would be very difficult, if I am being honest I would have to say that I have had the chance to play on the same pitch with so many truly great players, I cannot decide.

FB: Who are your favourite players in the English Premier League?

LM: I like to watch Wayne Rooney and Steven Gerrard!

FB: Finally, why do you think speed has become such a big factor in the modern game?

LM: Because being quick can really make the difference!

In the final area of the pitch, in front of goal, even if I do not have the ball if I am quick I get in the right places. For me I know I have scored lots of good goals from being faster than the other team in front of their own goal. 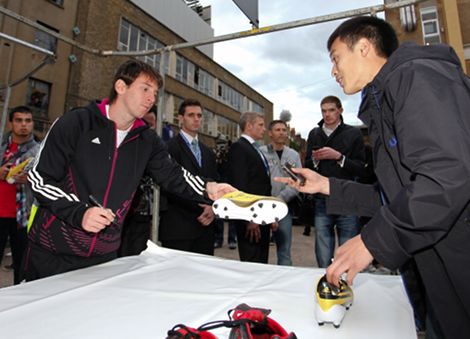 Written By
Kyle Elliot
More from Kyle Elliot
Magista tore up the floor in Barcelona this week; we compile the...
Read More