Footy Boots has always been opposed to Uefa’s decision to award the final of the Champions League to the City of Rome.

Back in October 2008, Andy Kay wrote as much in his weekly Oh Kay column, highlighting the Italian capital’s appalling record for football related thuggery and violence. 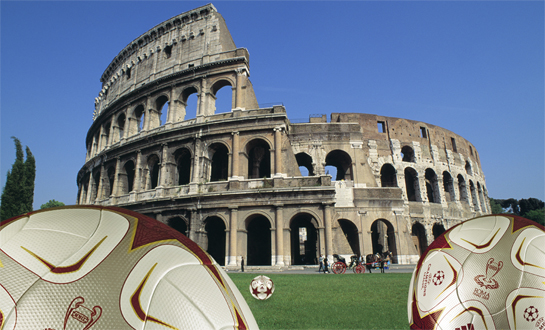 Over the couple of weeks, after yet more disturbances and stabbings, the national press in the UK has entered in to the argument. Des Kelly of the Daily Mail was forthright in his criticism of European football’s governing body for not moving the final to a new venue.

And now, The Times has also launched in to the debate with a special edition of their excellent ‘Ahead of the Game’ section. The Times wrote:

How many people have to be stabbed in Rome before Uefa agrees to move the Champions League final? Roma’s notorious supporters are stuck in the dark ages of the Seventies and Eighties, but that has not stopped Uefa from pressing ahead with its controversial plan to hold this year’s Champions League final in Rome’s Olympic Stadium. The time is right to make a stand.

Sources at Uefa have told The Times that many working at the organisation’s headquarters in Switzerland are unhappy with the choice of venue for May’s final. When they raised their concerns with the governing body’s top brass they were told that it was Italy’s turn to host the final. 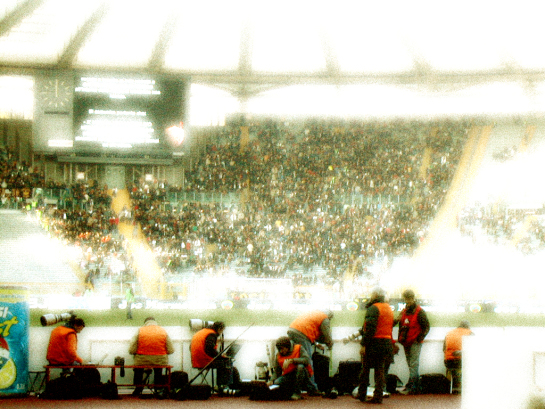 Uefa is hoping that there will be no trouble on May 27th and is confident that Italian police will deal with any problems. Any English supporter who has been to the Olympic Stadium knows that holding the final there is a risk not worth taking. Type “Roma” and “stabbing” into Google and you get 280,000 results.

Arsenal supporters were attacked when their team beat Roma on penalties last week, 14 Liverpool fans were stabbed when their side played in the Italian capital eight years ago, 16 Manchester United followers were stabbed in 2007, three Middlesbrough fans were knifed in 2006. The list goes on.

“We are very concerned,” Malcolm Clarke, chairman of the Football Supporters’ Federation, said. “There is a history of English fans suffering serious attacks in Rome and a failure by the Italian authorities to deal with it.”

So this week’s Great Debate on Footy Boots asks this very simple question:

Should the Champions League final be taken away from Rome and played elsewhere?

Feel free to comment below as well as vote. We’ll publish the result next Friday. [poll=22]

Written By
Felipe
More from Felipe
Yet another manager is given his marching orders by Flavio Briatore.
Read More