If you’re wondering what we’re up to (and let’s face it, that much should be obvious from the title), catch up on proceedings with yesterday’s Part 1 of a look back at the football boots that stole the show over the last twelve months.

All caught up? Good.

Let’s continue our retrospective on the Football Boots that Defined 2014.

We think it’s fair to say – how could we leave this off?

As 2014 draws to a close, we see the end of the twentieth anniversary celebrations of the adidas Predator.

And what a year it’s been – colourways, limited editions, revamps – and all at it’s core has been the new Predator Instinct; a worthy inheritor of the adidas Predator mantle. 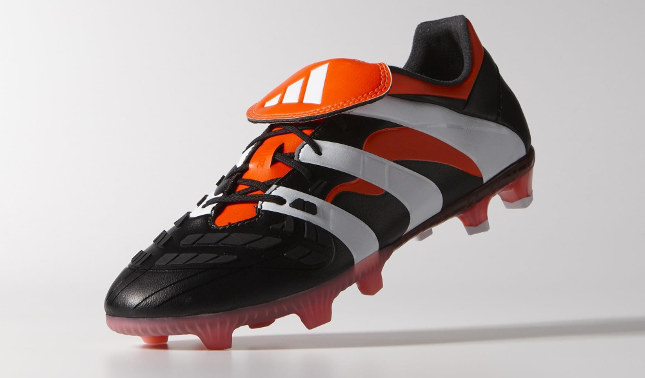 Now, we know a lot of people were hoping/expecting full, down-to-the-last-stitch remakes of some of the past great Predators, but honestly, those sights might have been set a little too high.

Instead, we were treated to three ‘Revenge Instinct’ Predators; the ’94, Accelerator and Mania’s iconic styling reworked to fit the modern materials and construction of the new Instinct.

As a practical football boot, these are honestly likely a little lacking – but as a collector’s item and nod to three of the best football boots ever to have been made, they’re well worth a place on the list.

Yeah, it’s not got any studs on the bottom of it, but the Nike Elastico Superfly is a pretty important release.

As well as being Nike’s only headline release in the second half of the year, the Elastco Superfly only further demonstrated Nike’s commitment to Flyknit for football.

By bringing turf and indoor versions of the shoe to market, Nike showed that they could engineered their new stand-out material for any version of the Beautiful Game.

Whilst the player take-up hasn’t been all that, with almost all PUMA pro’s still landing either side of the evoPOWER / evoSPEED split, the PUMA King II was still a significant launch for the brand.

Kicking off the year with evoPOWER and revamping evoSPEED for the ‘back-to-club’ period, the King II’s launch completed PUMA’s complete overhaul of their football boot range.

With a heavy focus on fit and shape, as well as the touch and feel for the ball you’d expect from a King, the PUMA King II will undoubtedly retain it’s loyal following.

Now, this might be seen by some as a cynical attempt to make sure the Umbro UX-1 found it’s way on to the list.

And you’d be right. A mix of power, control, protection and traction, the Umbro UX-1 is a mighty football boot with all the ingredients to be a success.

But wrap-all that in a triple-black colourway as Umbro did in November, and watch them fly off the shelves. 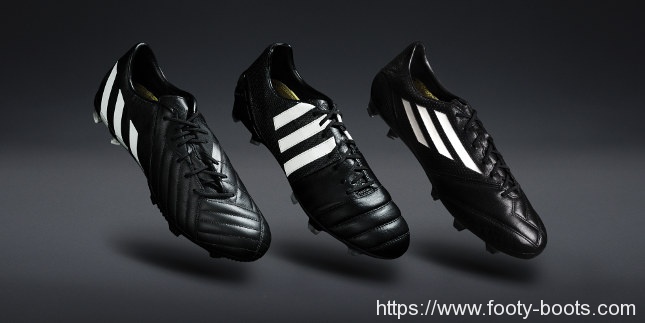 2014 was undoubtedly the year of the ‘pack’; Battle, Shine Through, Tricks, Hunt, Stealth – brands recognised the value of bringing out boots with a unified look even when it’s not a major tournament big time this year.

A combination of a choice material in the form of K-Leather, limitless class with the black and white colourway, and just enough controversy with the removal of some of the key features gave the Pure Leather Pack a perfect storm of the sort of factors that make a boot release noteworthy.

That wraps up our retrospective look at the football boots that mattered in 2014 – agree with us or disagree?

Any you’d swap in?