It’s a huge part of football boot manufacturing – colourways. And yet, on a number of occasions recently, we’ve seen some very experienced brands get it wrong.

The most obvious of these was the debut model of the PUMA v1.10. Given that it was a new boot and a follow up to the very successful and mightily popular v1.08, it was important for the German brand to get this spot on. They didn’t. The original Yellow / Red colourway caused an almighty amount of discussion and hardly surprisingly really. I mean, who wants to go and play football with boots that look like two jars of Colman’s mustard stuck on your feet? 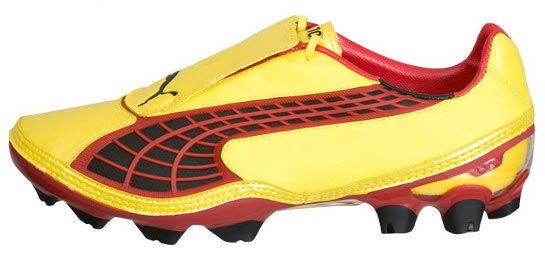 Annoyingly for PUMA, they had produced a good football boot. It stacked up very well in the Footy Boots V1.10 test and now that they’ve come out with a classy K-Leather version and some more acceptable colourways, football boot fans seem to have been swayed as to its importance. Who knows, perhaps PUMA should have conducted some market research with Footy Boots readers?

Why? Because first impressions count. Putting it in to a human context, if you go to a night club and get introduced to a young lady and are told that she’s single, interestedĹˇ'  financially secure and lives in her own place, you’d be interested wouldn’t you? But probably less so if she looks like a bag of spanners. For women too it’s the same. A single guy with a good job, flashy car and great prospects isn’t quite so appealing if he resembles the ugly brother of Frankenstein’s monster. 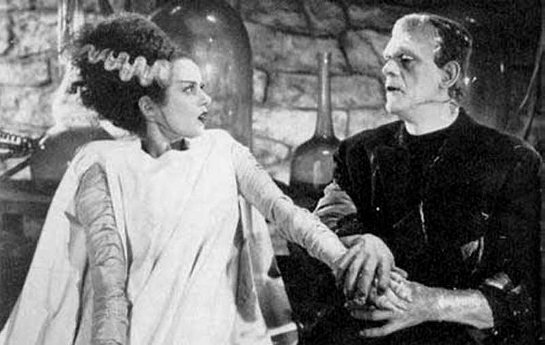 Of course, performance is massively important too. But if you are wearing a pair of boots that your team mates think (not to mention the opposition) look comical, then the pressure on you to produce the goods on the pitch intensifies. And when pressure is applied; performance can often go out of the window.

There have certainly been some thought provoking comments on Footy Boots since we featured the new V1.10 K-Leather and also the V1.10 synthetic version in Black / White / Red.

Fifinho said “ain’tt it funny how everyone hated the first colourway for the v1.10 but now all the Ronaldo fan boys and Vapor addicts are obsessed with wearing their heroes new favourite Vapor colourway: bright yellow.”

He’s got a point. However, I have a slightly different take on it. Close up, I don’t like the v1.10 in Yellow / Red. But from a distance, I think it looks OK. The Superfly with their sleek and carefully crafted design in Yellow / Black / Gold look stunning when you take them out of the box. But I feel they lose their impact somewhat when you view them from the stands.

Splinter 09 commented “much better…. now v1.10 looks like a next gen football boot” while Shiv added “I have to admit, I’m loving this boot more and more.. this is a boot… spot on puma.”

Away from the v1.10 there have also been some other examples of colourways perhaps not quite hitting the spot. Nike’s Total 90 Laser III in Electric Green was another ‘tooth dryer’ when it was first revealed but a great result in the Footy Boots T90 Laser III test followed by a T90 Laser III colourway over the Festive period seems to have put minds to rest. Umbro has got it right with all their versions of the revised Speciali which begs the question, what were they doing with the Red and the Blue SX Valor II, particularly when the Black / Neon Yellow version is a cracker.

In life, looks count. That’s why the Mum’s and Dad’s dropping off their kids at school turn up in their flash sports cars and chunky 4 x 4’s. It’s to look good. It’s certainly not for the 20 miles to the gallon they are getting on the school run or when nipping down to Tesco’s (or Waitrose for the posh people).

It’s the same with boots. Looks are important. You can have all the bells and whistles you want on a pair of football boots and a performance to die for. But, if the colourway puts people off, then the performance factor is diluted as, I would argue, less people will try them.

I’m not saying let’s make all boots black. That would be just so boring. But perhaps there is a level to which brands should limit themselves to. Hey, I’d love to look like Ronaldo (that’s what ‘er indoors says anyway) but I’d much rather play like him. Performance wins over looks for me everytime.

Written By
Felipe
More from Felipe
London club on the look out for additional fire-power as injuries hit...
Read More