Arsene Wenger, Manager of Arsenal FC and Giovanni Van Bronckhorst today announced the winners of ”The Chance,” a global search for talented footballers to join the Nike Academy.

After an intense final trial week under the watchful eye of elite coaches and scouts, eight players will take their hard earned places as full-time members of the Nike Academy starting July 2011. 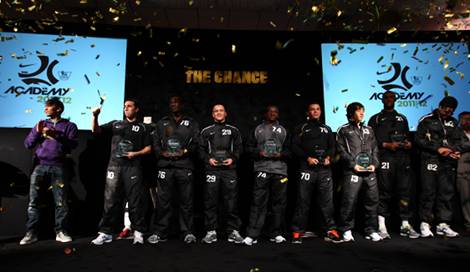 The final day saw the 32 remaining contenders take to the pitch at the MK Dons arena to stake their claim in the final 8 – with the coaches keeping an eye out for exceptional displays of talent!

”The Chance gives young players around the world the opportunity to showcase their talent, enhance their game and offers the ultimate dream, the chance of becoming a professional player,” said Arsene Wenger, Manager of Arsenal FC. ”The eight players who have won their place at the Nike Academy demonstrated great technical ability and dedication to succeed at the final trials.” 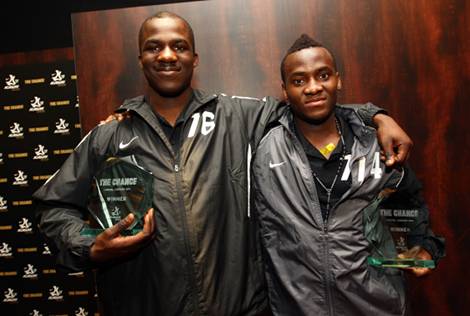 The successful eight, hand-picked from over 75,000 global submissions from 40 countries, have competed in both national and global trials to make it to the final eight. They will now go on to experience world class facilities, train with elite coaches, nutritionists, psychologists and fitness conditioners, as well as play matches against elite academies and professional reserve teams.

”I know from personal experience that players develop at different stages and rebound from setbacks to reach the elite level of the game and that˘ what makes The Chance such a great program, providing access to top class coaching, training and facilities, said Giovanni Van Bronckhorst. ”What˘ really important about trial week, beyond the great success of the final eight players, is that everyone will take something away from the training this week, everyone improves their game.” 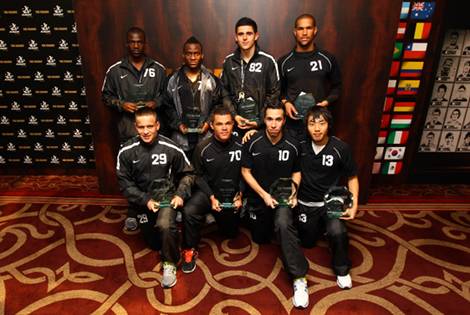 The Nike Academy offers non-contract players unattached to professional clubs a chance to enter the professional game through world-class coaching, training and facilities. Since the academy˘ start in 2009, eight players in the UK have received professional contracts.

”The global scope of The Chance ensured a deep bench of talent during final trial week, these final eight players marked themselves out with excellent technical ability and a focused and mature attitude under pressure,” said Huw Jennings, Director, Nike Academy. ”They now have a great opportunity to realize their dreams and will be given the very best in coaching, training and experiences to take their game to the next level.”

For more information and quotes from the final eight players for The Chance visit .

For more information on ”The Chance,” visit nikefootball.com.