In a step up from his role as a mentor last year, Manchester United and England’s Rio Ferdinand has today been revealed as a UK scout for Nike’s global talent search, The Chance.

Rio’s first task as a scout for The Chance was to pick the first youngster to take one of 100 places in the UK Finals. These finalists will be whittled down to 3 UK winners who will travel to Barcelona for the Global Finals.

Turning up unannounced on the touchline of a Myerscough College match on the outskirts of Manchester, one player quickly caught Rio’s eye and continued to do so throughout the match – a striker named Joe Bunney. 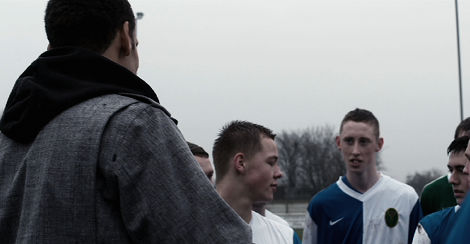 As Rio said: “I’d been working with Nike on The Chance and so had been asked to pick out the first UK finalist. Joe instantly caught my eye, he’s a mobile and technically proficient player but it was his attitude that impressed me as much as anything. I’ve no doubt he’s got a lot of potential and I’m sure he can go far in The Chance and beyond.”

The 99 players joining Joe in the UK finals will be chosen by a nationwide network of scouts with the help of The Chance Facebook app. This will allow teams to enrol themselves on a shortlist and those that generate the most Facebook activity will receive a visit from the customised 4×4 that Nike will be using as a mobile scouting unit.

Rio will welcome the 100 finalists to Manchester for 2 days of rigorous assessment which will see the players work under elite-level coaches, rub shoulders with the Manchester United squad and enjoy the facilities and training analysis usually reserved for top flight players. 15 players will progress from the UK Final to the Super Finals, a crunch match at Carrington, Manchester United’s training ground. 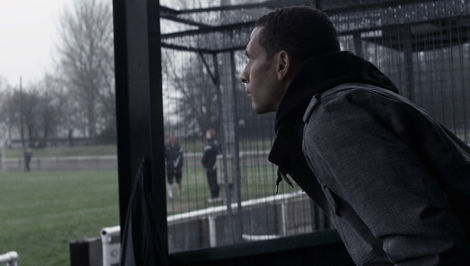 They will play under Rio’s watchful eye, as he will be heading up the panel of coaches and scouts that will select the 3 UK players who will be sent to Barcelona for the Global Finals.

Before they depart, however, Rio will spend a week mentoring them on Rio’s BootCamp – they will not only enjoy one on one sessions with Manchester United athletes and coaches, but also experience the off-pitch lifestyle of a Premier League star.

Rio is looking forward to unearthing similarly talented individuals over the coming months: “I remember how desperate I was to be a professional football when I was a teenager, and we’re looking for not only the most talented but also the most hungry young players in the game. It’s always exciting to see fresh talent break through, so I can’t wait to be a part of making that happen.”

We’re excited to see if Rio’s first young prospect makes his way to any of the further stages of the competition – do you think Joe will go far?

Also, what were the odds of Rio turning up to a game where both teams were kitted out in Nike apparel and football boots? Imagine that!