Last week we brought you up to date with the progress of Nike’s 16 ‘The Chance’ finalists as they kicked off their world tour in Portland at the global HQ of the world’s biggest sports brand. 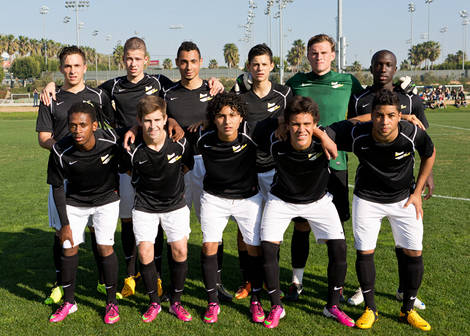 And earlier this week, The Chance 16 finalists concluded the US leg of their tour with a surprise 4-3 victory over the U.S. Under-17 Men’s National Team.

The squad spent their week in Southern California training under head coach Jimmy Gilligan, working on intense skills and Nike SPARQ training drills, preparing for matches against the elite academy teams they will face during their six-week global tour.

Players also visited some of the area’s iconic cultural sites like the Hollywood Walk of Fame and Universal Studios. The team continues the global tour by heading to Turin, Italy for more training and a match against Juventus.

The 16 finalists benefit from an extended team of elite coaches, nutritionists and fitness conditioners throughout the tour, to ensure they arrive at each game focused and in peak condition. Each match represents a chance for players to catch the eye of leading club coaches in the game. 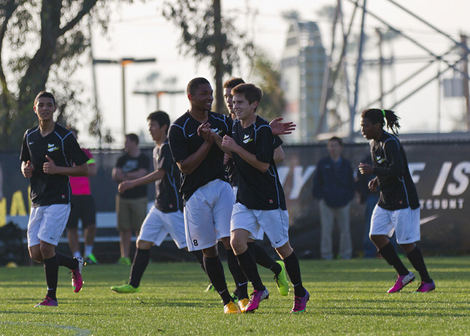 The final player selected from the global tour will join the Nike Academy, based at Loughborough University in the United Kingdom, on March 1 for the remainder of the season. The Nike Academy plays a series of fixtures against FA Premier League reserve and academy teams.

Nike’s The Chance is a unique global talent search that gives amateur footballers the chance to prove themselves on an elite stage and take their game to the next level. One player from the 16 finalists on the tour will ultimately join the Nike Academy – a full-time player academy based in England and supported by the FA Premier League.

Since the start of The Chance competition 16 players have turned their participation into a professional club contract. The most recent, Tom Rogic from Australia, signed for Scottish Champions Celtic FC and recently played for the Australia national team.

Written By
Kyle Elliot
More from Kyle Elliot
adidas use a super slow-motion camera to capture the emotions of fans...
Read More