adidas’ Enlightened Pack football boots have certainly made black-out cleat-spotting a little more difficult this past week, but thanks to the sharp eyes of Footy-Boots.com’s extensive network of scouts (well, the eagle-eyed DDChile), we’ve got a prototype in testing to take a quick look at.

Nike look set to drop an update of their ever-popular Tiempo range, building on the previous prototypes we’ve seen Gerard Pique wearing with a new batch of black outs they’re sent out to some of Europe’s top clubs. 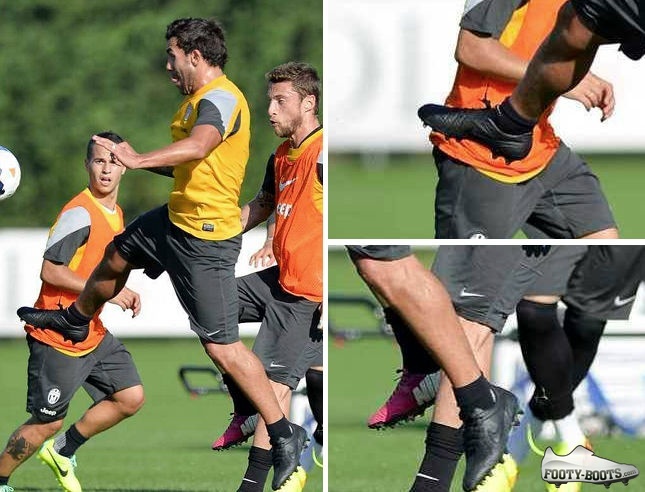 In their new ‘heritage’ boots this time out is Juventus forward Carlos Tevez. The former Manchester United/City man laced up a pair of the Swoosh’s latest, giving us a great look at the Tiempo’s upper.

Looking more low-profile and dynamic than the current Tiempo Legend IV (which is no slouch in the looks department), these black-outs seem to hint at a new last in use, here – perhaps a new version of the X1.1 last we’ve seen on the Nike Premier and Hypervenom Phantom. 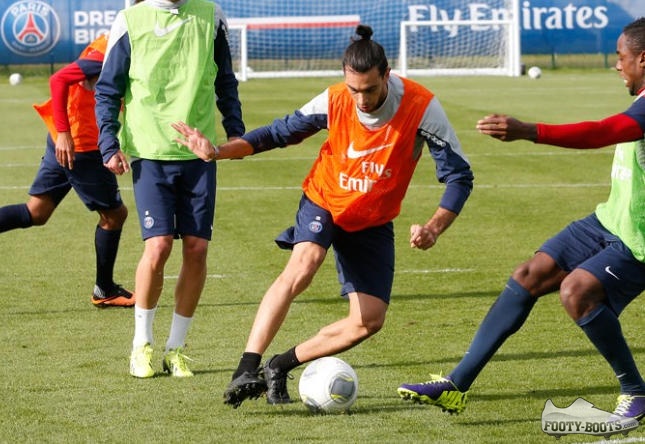 Across the Alps, Paris Saint Germain midfielder Javier Pastore also had a pair to try out. The Argentine international showed off the soleplate of the new Tiempo, which – as expected – seems to use a conical stud shape in line with what we’ve seen from previous Tiempos.

After the last Light Bone and Volt colourways, we’ve really come to appreciate how many players opt for the Nike Tiempo Legend now that the T90 has become the Hypervenom. 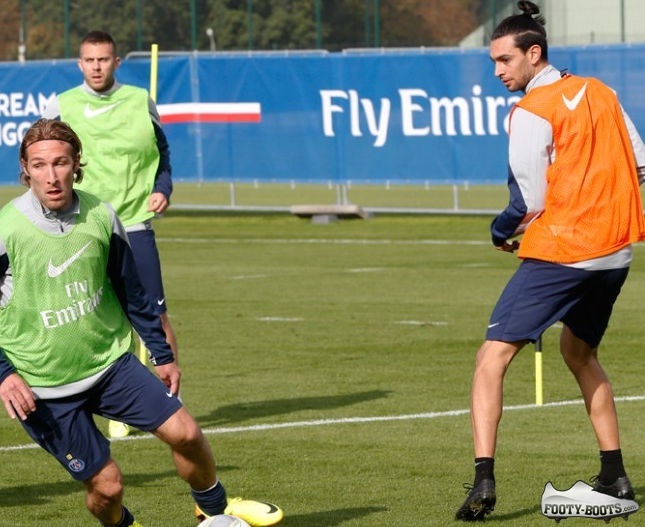 Especially favoured by defenders, seeing Pastore and Tevez testing out the Tiempo Legend V alongside Gerard Pique gives us an inkling that Nike might not just focus on aiming this boot at stoppers.