Chelsea captain John Terry has revealed that he is to remain a Chelsea player despite the efforts of Manchester City to take him to Eastlands. 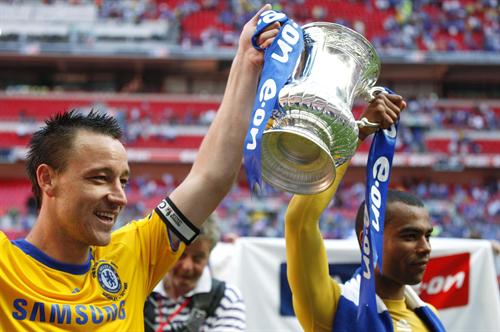 City have already made a number of bids for the England international and there have been reports that they were preparing an increased offer in the region of £40 million.

Chelsea have always insisted that the player was not for sale but speculation continued as to Terry’s future while the player himself failed to comment on the situation.

But now, the England captain has broken his silence, telling the club web site:

I am totally committed to Chelsea, always have been. Me leaving was never a possibility.

When you are linked with any club, or with a manager who I have huge respect for, it will always make headlines.

But Chelsea have made it clear to me consistently that there was never any intention to accept any kind of offer.

I know there has been comment that I should have made a statement earlier.

However, throughout this period there have been numerous discussions between myself, the owner and the Chelsea board and we all agreed that the timing of any statement would suit everyone involved in those talks, not any outside influences or agendas.

Written By
Felipe
More from Felipe
Hi everyone and welcome to The Coke Column. I am really pleased...
Read More