Despite only being 22, Ellen White already has an impressive footballing CV. 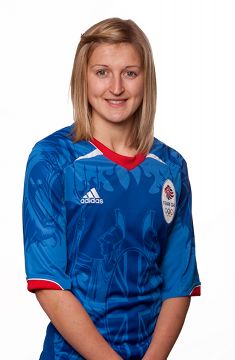 As well as having proven herself a skilled forward at three top clubs, White can now count herself a veteran of a World Cup too, having notched up a goal against World Champions Japan in the group stages in Germany last summer.

This summer, though, Ellen will be hoping to add something to that list of honours that might prove impossible for a Britsh footballer to ever win again; an Olympic Medal.

We caught up with the Arsenal ladies hot-shot to talk all things Olympic – as well as seeing what football boots she’s wearing at the moment!

What does it mean to you to play as part of a Team GB team at the Olympics in London?

It’ll be a fantastic experience – not just for me as a player, but having a Team GB in the football tournament would also be a fantastic moment  for the country and women’s football as a whole.

Not only is it in London, but right now there’s also that idea that we don’t know if it will ever really happen again.

Many are calling this a once in a lifetime experience – is that the way you’re approaching it? Or do you think if Team GB are successful we could see it carry on into future Olympic tournaments?

At the moment it’s so surreal that we’ve actually got a Team GB women’s team at the Olympics, the focus is all on what a fantastic moment it will be this summer.

We’ll obviously have to see how things go this summer, but it’d be great to have a Women’s Team GB at every Olympic games – it would really raise the profile of Women’s football.

Right now, I’ve just got to concentrate on playing and staying fit. 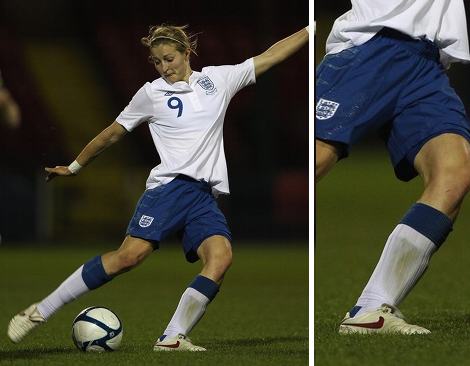 Are there any players from outside the England squad you’re looking forward to playing alongside?

We’ve got such a wide array of great Scottish, Irish and Welsh players I couldn’t just pick out one or two as favourites, really!

The players that have been picked though have all said they want to be part of the team (Ed: Compared to the men’s team, where seven players have declined the invitation to be part of Team GB), so whoever’s going to be in the squad it will be strong, and it’ll be a privilege to play alongside them!

Are you looking forward to working with Hope Powell again?

Yeah! She’s a great coach who’s done incredible things for the women’s game – and also for me personally, bringing me in to the England Senior side.

It’ll be great to be part of her squad, if picked, and a real privilege to be a part of.

Given the lack of age restrictions, do you think that Women’s football will be treated more like a World Cup by those participating?

Yeah, it’ll be very similar to the approach taken at the World Cup. With the lack of an age restriction, it’s a case of the greatest teams and players from around the whole world competing.

The likes of the US, Brazil and Japan – who have had such a fantastic year, winning the World Cup – there’s going to be such great players on show, hopefully, it’ll be a great display for the fans.

It’s a massive international tournament, but at the same time we’ll be Team GB this time and it’ll be down to us to show how good we are.

Speaking of the World Cup, some of the strongest teams from that tournament are on their way to London this summer; Japan, Brazil, France, Sweden and the United States will be hoping to join them as begin qualifying this afternoon – who would you least fancy coming up against?

They’ve had such a massive year, not only winning the World Cup, but [Homare] Sawa won player of the year – they’re flying at the moment.

The US really take the Olympics incredibly seriously, they’re in it every year – whereas this is the first time for us.

For a lot of the teams the Olympics is something that they really build towards. So, whoever we’re drawn with in our group, it’s going to be a really hard challenge. 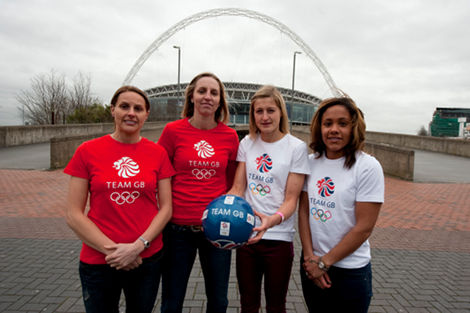 You wear boots from Nike – which model do you wear and why do you go for that model above any other?

At the moment, I wear the Nike Tiempo Legend. I ruptured my ACL a few years ago, and prior to that I was wearing the Mercurial Vapors which only come with blades [on a Firm Ground sole].

My surgeon said perhaps I shouldn’t wear those anymore and instead go for something with a moulded stud.

The Tiempo suited that perfectly, the newest ones are really light and for the last few years I’ve been wearing them – I love them!

What were your very first boots growing up?

You’ll have to think about that one! I think they were Umbro ones, but I’m not sure I remember much else about them!

As a final send-off, today is all about getting people along to the matches this summer, so could you give me one – your personal number one reason – why people should get themselves along to a Team GB match?

I know people keep saying this, but it is a once in a lifetime experience. We’ve never had a Team GB in the Olympics, and London 2012 is going to be such a massive event!

With England being such a footballing nation, to get all our football supporters to an event will create a great atmosphere within the stadiums, and hopefully they’ll see some great football, too!