After last week’s explosive reveal of the new Team GB Home Shirt for the London 2012 Olympic Games, the similarly-styled Team GB Away Shirt has somewhat slipped under the radar a little. 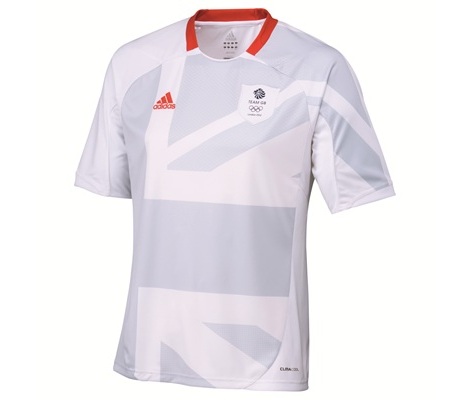 Resplendent in a simple White and Red motif, with the Stella McCartney-designed Union Flag subtly integrated as a silvery watermark, the adidas Team GB Away Shirt is certainly an attractive bit of kit by anyone’s standards!

Using the same template as the hotly-debated home kit, there’s a real charm in the simplicity of the design, with even the badge nicely toned-down to a Navy on White design.

If we had to imagine why this was given a somewhat quieter reveal than the home shirt – aside from the fact that it’s not as ‘in line’ with the rest of the range for the rest of the Olympic athletes – it would have to be that White and Red rare typically associated with England or Wales, and might be somewhat divisive.

All the same, we think the Team GB Away Shirt is yet another solid release from adidas, and a perfect alternative to those who aren’t huge fans of the home kit.

How do you rate it?

Make sure you use our shirt-o-meter to let us know!

Written By
Kyle Elliot
More from Kyle Elliot
Street Striker lives on, but Rooney will no longer grace cans and...
Read More